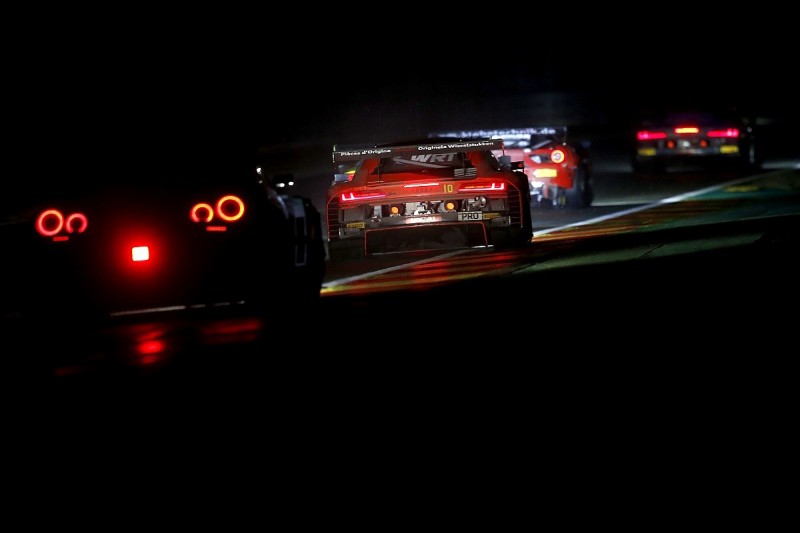 Six projects including a movement to continue the legacy of the late Maria de Villota and the rebuilding of the Notre-Dame cathedral in Paris will benefit from support from SRO, which organises series for GT3 and GT4 cars in the US, Europe and Asia, as well as the Intercontinental GT Challenge and FIA Motorsport Games.

Spanish racer De Villota, who represented Atletico Madrid in the football-themed Superleague Formula championship between 2009 and 2011, died in 2013 at the age of 33 as a result of neurological injuries sustained when her Marussia Formula 1 car hit a lorry's tail lift at Duxford Aerodrome in July 2012.

The daughter of ex-Formula 1 racer Emilio, Maria recovered sufficiently after her accident to raise money for charitable causes prior to her death, and the work of the Legado Maria de Villota was highlighted by then Bentley factory driver Andy Soucek at the final round of last year's Blancpain GT Series Endurance Cup, where money was raised for the Fundacion Ana Carolina Diez Mahou.

SRO group founder Stephane Ratel pledged last April to donate €50,000 towards the reconstruction of Notre Dame after it was ravaged by fire.

Other causes that will receive support are The Womanity Foundation, which seeks to create equal rights and opportunities for women and girls across the globe, French brain and spinal cord injury foundation ICM (Institut du Cerveau et de la Moelle Epinière) and autism awareness advocacy group Amouti Autisme and Enfants Copilotes, which gives passenger rides on trackdays to disadvantaged children living with medical problems or from deprived backgrounds.

Prior to last weekend's Bathurst 12 Hours, the opening round of the Intercontinental GT Challenge, SRO also pledged to donate $5 AUD (£2.60) for every racing lap completed by entries nominated to score Intercontinental points towards the Australian Lions Club Foundation National Bushfire Appeal.