The multiple title-winning ex-Brabham and McLaren designer revealed plans for the car at an exhibition at Dunsfold Park marking his 50 years of vehicle design.

The as-yet unnamed project will be the first produced by Gordon Murray Automotive under the IGM brand, both of which were announced at the same time.

The car will follow the same principles as Murray's McLaren F1, which although not designed for competition ended up becoming a successful GT racer and winning the Le Mans 24 Hours in 1995 (pictured below). 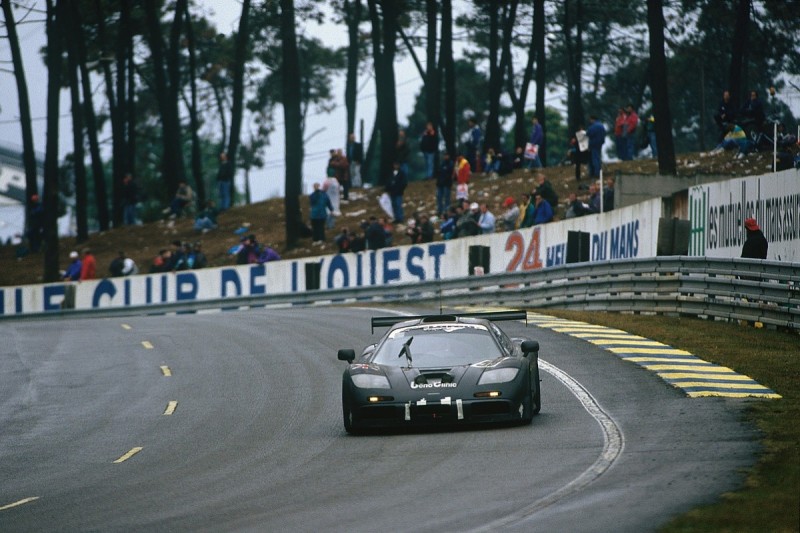 "It will be a driver's car, with attention to detail and focus on light weight," said Murray.

"The industry is slowly losing the plot on driving involvement and it's getting harder to exploit power on the road. We want to do something more usable.

"The new manufacturing business significantly expands the capabilities of our group of companies."

Although the project is aimed at being a showcase for a family of platforms for widespread road use, Murray told Autosport he would be happy to see it in motorsport.

"I haven't looked at the current GT regulations yet," he said.

"We'd love there to be a motorsport application, we'll just see what the rules are when we are ready.

Other details of the car have yet to be confirmed, though Murray said it would have an "exciting powertrain".

Work is scheduled to begin in the New Year, though there is no timeframe set for its completion.