F1 champion Button to race in British GT at Silverstone

The 2009 champion and 15-times grand prix winner will drive a McLaren 720S GT3 entered by the Jenson Team Rocket RJN outfit he co-owns with RJN boss Bob Neville and lifelong friend Chris Buncombe, who will share the car with GT3 rookie Button.

Since concluding his F1 career with McLaren at the 2017 Monaco GP, Button has mostly raced in the Japanese Super GT championship, winning the title in 2018, and made a DTM cameo in last year's Hockenheim finale in a Honda NSX.

The three-hour Silverstone 500, which will be held behind closed doors, will be his first race on home soil since the 2018 World Endurance Championship round at the same track in an SMP Racing LMP1 car.

"This will be my first taste of a GT3 car but I'm really looking forward it," he said.

"It will be lovely to join our team and lining-up in the McLaren 720S with my best buddy Chris Buncombe.

"It's great to come back and race on UK soil again and a big thank you to our partners that have made this possible."

Bronze-graded Buncombe, a Le Mans 24 Hours LMP2 class winner in 2007, told Autosport that the race "was [Button's] idea first and foremost" and the culmination of years of discussion about contesting an endurance race together. 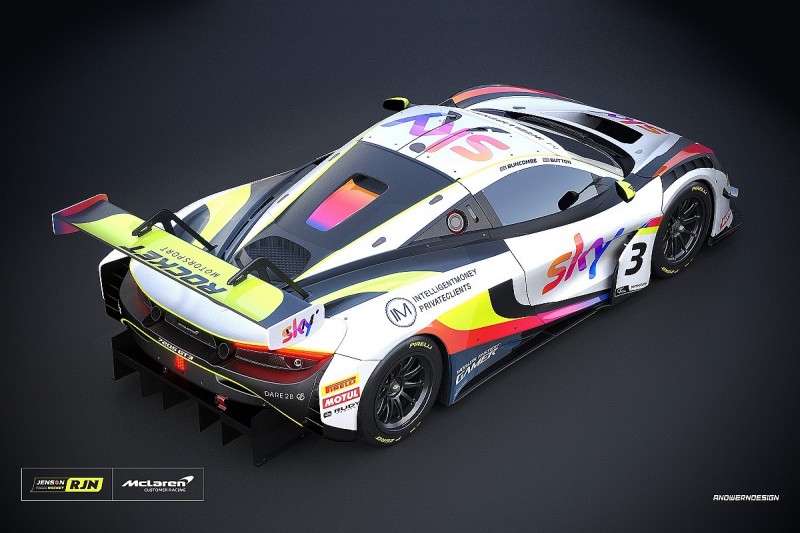 "This was the first opportunity of getting on-track and sharing a car together," explained Buncombe, who has previously contested off-road races with Button in the US. "He doesn't have any more grand prix commitments for TV this year, so it fitted on a weekend where he wasn't committed, it worked out well."

The pair will test at Silverstone later this month and Buncombe said both would be taking the outing seriously, but stressed a full season in British GT next year is not on the cards.

"We're purely seeing it as a one-off appearance," he said. "We're both coming at it fairly green but with the same aspect in as far as if we want to do anything, we do the best job we can."

Buncombe added that the team plans to return to Europe next season, having switched its planned GT World Challenge Europe entry for a British GT campaign when the pandemic hit, with an appearance in the Spa 24 Hours "still on the radar as one we'd like to do".

"Being back at Spa next year as a team is absolutely our plan," he said.

"If that worked with Jenson's schedule, I know he definitely has appetite to do the race, I have appetite to go back there and I love that race, so yes if it worked out that is possible.

"It will also depend on what racing commitments he has next year so we'll wait and see." 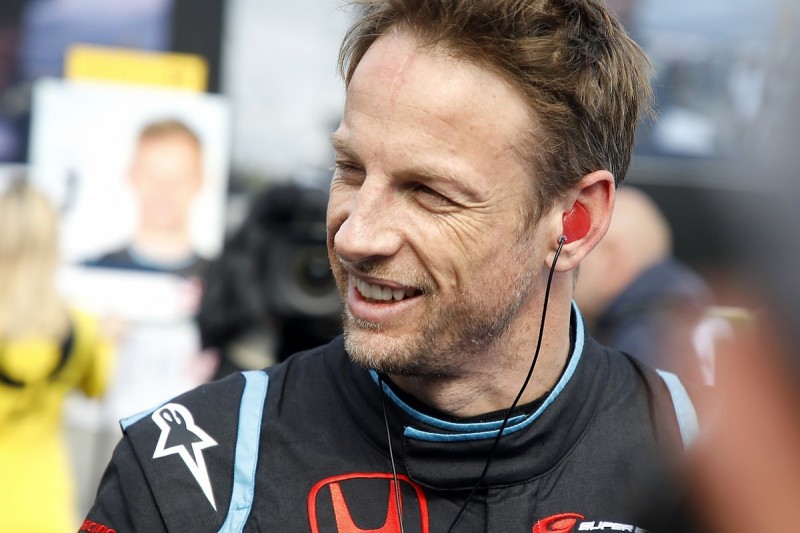 Even before the announcement that a box office F1 world champion would be in the field for British GT's three-hour season finale, there was already plenty of anticipation surrounding it.

A topsy-turvy season that has produced seven different winners from eight rounds means there's everything still to play for, while several car combinations that dropped out of the full season due to the pandemic can be expected to make guest appearances.

But adding Button to the mix will provide another intriguing subplot and surely draw more eyeballs to an event that sadly will be held without fans in attendance.

In this strangest of years, Button's race outings have been limited to the virtual arena in 2020, but at the age of 40 still has a passion for competition. And at a circuit where he famously had little luck in his F1 career - with just three fourth places to show from 17 British Grand Prix starts - Button will be eager to show well.

In Buncombe, he'll have an experienced and capable Bronze to share the car with, while there can be few doubts about his Jenson Team Rocket RJN squad, which has enjoyed a strong return to the championship with James Baldwin and Michael O'Brien winning the Oulton Park season opener and claiming a three further pole positions.

But even in a national racing championship against drivers with significantly less bulky CVs, he can take nothing for granted. The new-for-2020 Pirellis have proven to be difficult to get into an operating window and in November, what the weather will do is anybody's guess...