Volkswagen has targeting beating the lap record for electric cars around the Nurburgring Nordschleife with its I.D. R prototype this year

Now VW has set its sights on the electric record around the Nordschleife, which is currently held by Peter Dumbreck.

Stefan Bellof's long-standing outright record around the track was eclipsed last year by VW's sister brand Porsche as part of its 'Tribute Tour' for the 919 Hybrid Evo, an enhanced version of the 919 Hybrid LMP1 car that won Le Mans and the World Endurance Championship title three times in a row from 2015-17.

VW Motorsport director Sven Smeets said: "After the record on Pikes Peak, the fastest time for electric cars on the Nurburgring Nordschleife is the next big challenge for the I.D. R.

"A lap record on the Nordschleife is a great accolade for any car, whether a racecar or a production car."

The I.D. R will once again be driven by Dumas, who is also a four-time winner of the Nurburgring 24 Hours with Porsche. 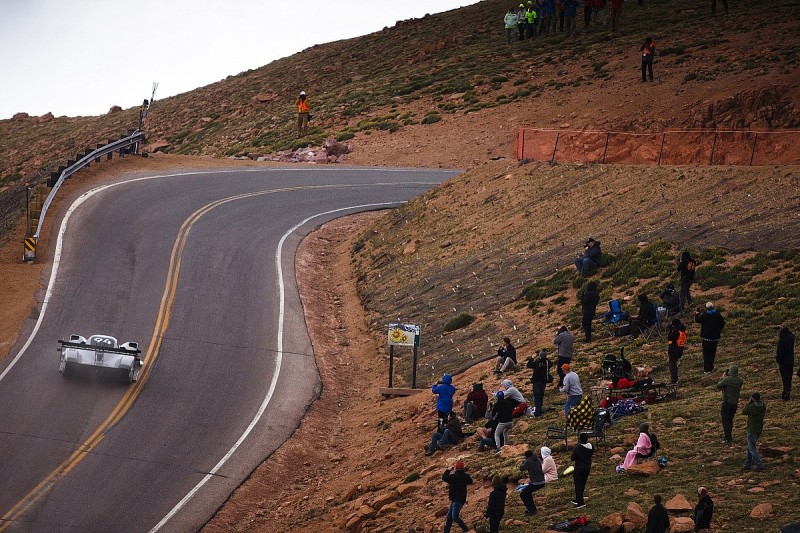 "The thought of driving the I.D. R on the Nordschleife is already enough to give me goosebumps," said Dumas.

"I know the track very well, but the I.D. R will be a completely different challenge, with its extreme acceleration and huge cornering speeds.

"I can hardly wait for the first tests. Breaking the existing electric record will certainly not be a stroll in the park."

VW Motorsport technical director Francois-Xavier Demaison outlined some of the changes that would be made to the I.D. R to cope with the demands of the 12.9-mile Nordschleife.

"Above all, we will modify the aerodynamics of the I.D. R, in order to cope with the conditions on the Nordschleife, which differ greatly from those on Pikes Peak," said Demaison.

"As part of our meticulous preparations for the record attempt, we will put the I.D. R through an intense test and development programme at various racetracks in the spring."

VW said that the record attempt itself would take place in summer, but an exact date was not specified.