The two pairs are the first drivers announced for ROC's first event on snow and ice at the Swedish coastal resort of Pite Havsbad, where the organisers will draw a parallel track on the frozen Baltic Sea.

ROC Sweden, which will be held on a yet to be defined date in January 2022, will mark Kristensen's 16th ROC appearance, breaking the record he shared with Stig Blomqvist.

"ROC is a special event, as a driver it is a very competitive and it draws you in," Kristensen said.

"You line up against champions from very different disciplines and championships, and each track has its own challenges.

"Surely the ice and snow will suit the rally guys, but the track will be very fast, and I like that."

Kristoffersson, who recently signed with Rosberg Xtreme Racing to campaign in the Extreme E series, was the first driver to sample the ROC Sweden track at last month's presentation.

"This course on the ice is so much fun to drive," Kristoffersson said.

"I am sure the final track design will be even faster and will put big demands on car control.

"It is very different than the stadium racing in the past. Race of Champions is the coolest event and I really look forward to compete against some of the world's best drivers here at home in Sweden."

Former World Rally and WRX champion Solberg will team up with his talented 19-year-old son Oliver, who is set to make his WRC debut for Hyundai in the Arctic Rally Finland later this month. 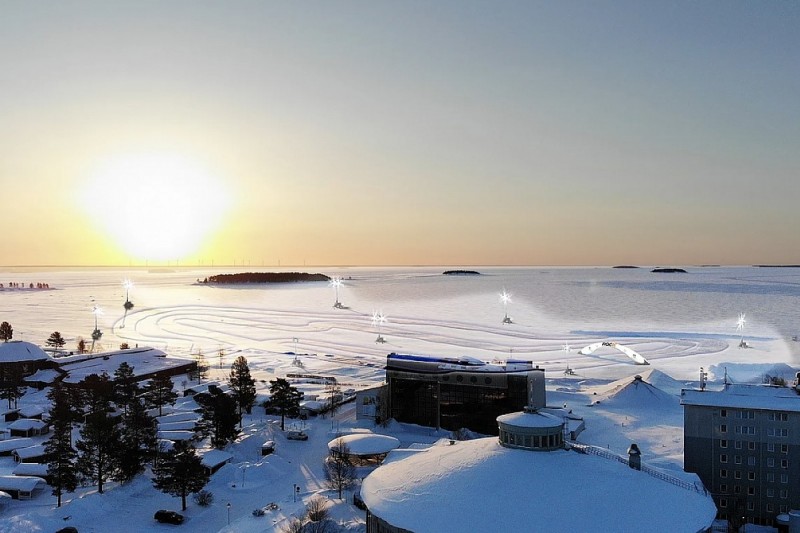 The father and son duo first teamed up at last summer's Virtual Race of Champions and will now join forces in the main event.

"We are looking forward to getting back into real cars and racing on the ice," said Solberg Sr.

"I've seen the footage from testing and the track and the setting looks great.

"The move to some exciting new electric cars among others will be a big development for ROC and also could be a challenge for some drivers."

Son Oliver, who competes under a Swedish licence in WRC due to his Swedish mother Pernilla, said he was excited to switch banners to compete alongside his father.

"I am both Swedish and Norwegian," he explained.

"I had a lot fun competing with my dad in the Virtual Race of Champions as Team Norway and can't wait to do it in the real event.

"That it will be on snow and ice makes it even more exciting. I have been getting some practice in already for the WRC event in Finland, which will come in handy for the Race of Champions."

As well as the exact date, the organisers will reveal more drivers in the coming weeks and months.

ROC Sweden is set to reintroduce electric cars to the competition and focus on using sustainable energy.

The organisers are planning to open up the event to spectators but have a COVID-19 plan in place to host the event behind closed doors if necessary.

Magazine: The challenge that can stop Mercedes' F1 domination