French constructor Mygale, which is a long-term supplier of steel spaceframe chassis to Formula Ford, recently produced a carbonfibre concept car for the FIA's new category.

Now Ford is in discussions to use its 1600cc EcoBoost engine to power the car, and evolve British Formula Ford into FIA F4.

Gerard Quinn, Ford Europe's head of Ford Racing, confirmed that the Blue Oval had been in talks with the FIA for the past six weeks.

"It's true we are in negotiations with the FIA," he told AUTOSPORT.

"They approached us a number of weeks ago and since then we have been in discussions around the future of Formula Ford and a potential transition to an FIA F4 championship.

"It's natural that we are involved in discussions, because Ford has been involved in single-seater racing for nearly 50 years now."

Ford is confident that the FIA would relent on its requirement for normally aspirated engines should a deal be struck, and that its current turbo engine - detuned to somewhere between 140bhp and 160bhp - could power the formula.

FIA Single Seater Commission president Gerhard Berger is keen for F4 to start in Britain in 2014, but Ford executives hope to convince the FIA to delay until '15 to allow time for car development and promotion.

They also want a transitional period to allow the current spaceframe Formula Ford cars to race on in a 'Class B' format.

"The timing is critical, because people have invested in cars [for the current Formula Ford]," Quinn added.

"On a personal note, I don't believe 2014 is necessarily the right time to go. The FIA has stated it wants to go for '14, but there are a number of concerns with doing that.

"This would be a major change in single-seater racing and it doesn't give us enough time to promote F4 properly. We shouldn't rush into this to the detriment of F4.

"Nothing has been agreed or finalised yet and we want to maintain the trust of our teams. We need collectively to consider commercially what is best for the future of our championship."

Ford Motorsport was hugely disappointed when the FIA said it wanted carbonfibre cars for its new Formula 4.

Having committed to a new generation of spaceframe chassis for its EcoBoost category, Ford looked out of the frame when it came to FIA F4.

But now it has a way back in. 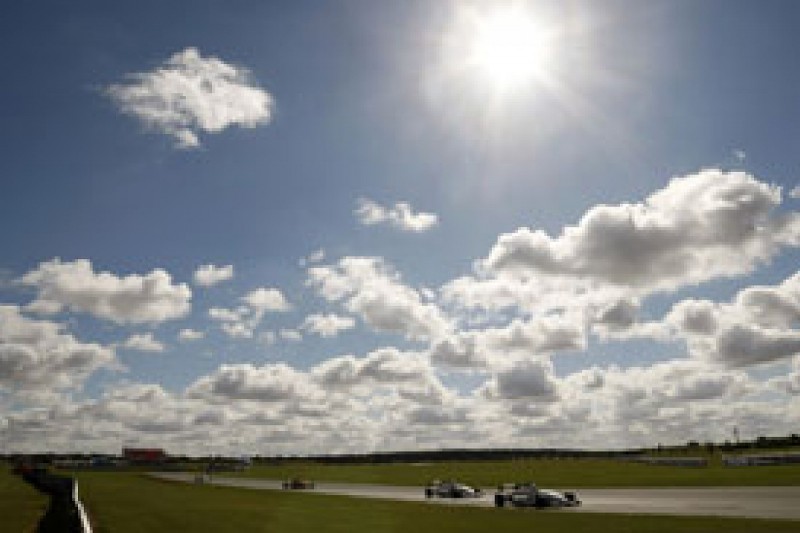 Discussions over a plan to convert Renault's fledgling 1.6 formula into an FIA category have soured recently, while Ford's long-time chassis partner Mygale has already committed to building a new carbonfibre car to the new FIA blueprint.

FIA Single Seater Commission president Gerhard Berger has already identified the UK as one of the key places in which to launch his new formula, but he needs partners.

Ford desperately needs a way to boost its grids, so this could be an ideal match.

The potential of an FIA-backed junior series on the UK's highest-profile race package is enormous - especially if progression to the next level were to be guaranteed.

But the devil is in the detail: Renault has already angered Berger by saying his price targets cannot be met, while Ford wants to wait a year before launching, and is seeking permission to run its turbocharged engines and a concurrent class for its current cars.

Berger has stuck firmly to his own template so far. The key question is whether Ford can succeed where others have failed in getting the FIA to be flexible.

If it can, Ford's future in junior single-seater racing could look very bright indeed.