Two wins and a sole pole position marked Sergio Perez’s most prosperous F1 season to date. But he still paled in comparison to Max Verstappen. Especially when it’s noted that, until the Red Bull went on a crash diet, its habit of understeering favoured the Mexican and hurt his team-mate.

PLUS: Why Perez’s new-era F1 promise deteriorated into disappointment

To his credit, Perez was a far better force in his second term at the team, hence climbing seven positions in the Top 50 from 2021. Had he escaped the early Red Bull unreliability, or a safety car not hurt him in Saudi Arabia, he might well have been the 2022 runner-up rather than third to Charles Leclerc. 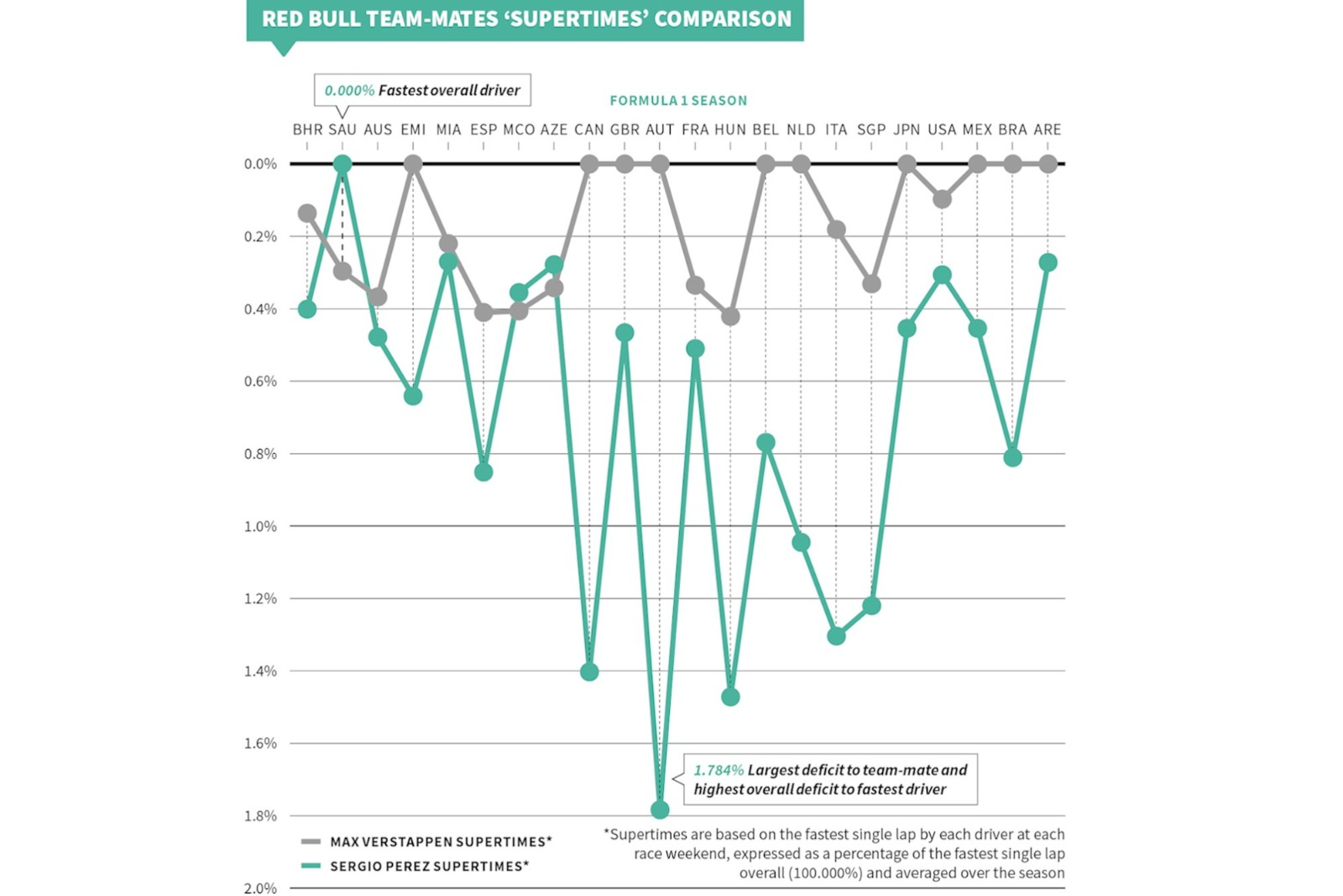