Trident Motorsport says it is ready to proceed with legal action against ex-Formula 2 driver Santino Ferrucci, after the Court of Milan issued an order for him to pay €502,000

Ferrucci was banned after colliding with his F2 team-mate Arjun Maini on multiple occasions during the Silverstone weekend in July, including driving into him on the cool-down lap after the sprint race.

The Haas Formula 1 junior duly sat out the next four races, at the Hungaroring and Spa Francorchamps, although he had already been dropped by Trident.

Ferrucci was also seen driving his F2 car between paddocks without wearing a glove and holding a phone at Silverstone, and was fined €66,000 by the FIA.

The American driver issued an apology after the Silverstone event citing a 'mental lapse', and has since raced in IndyCar with Dale Coyne Racing.

He raced at final two races of the season, finishing 20th at Portland and 11th at Sonoma, and also contested June's Detroit double header prior to his F2 ban.

He has not competed in F2 since receiving his ban, as Alessio Lorandi has taken his F2 seat with the Italian team.

A statement from Trident read: "Trident Motorsport informs to have obtained by the Court of Milan an order of payment for an amount of €502,000, plus interest and legal fees, against Mr Santino Ferrucci and its guarantor, an American company represented by Mr Michael Ferrucci, in relation to the driver's failure to pay the amounts due under the contract. 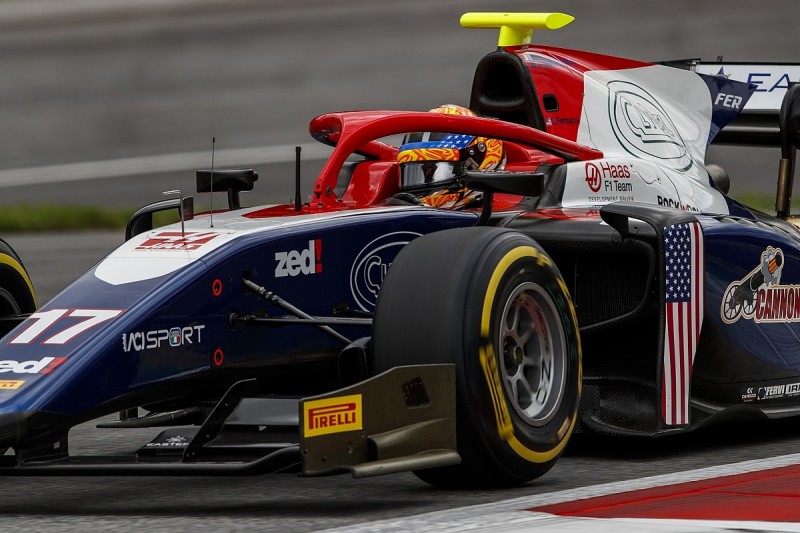 "Trident Motorsport confirms its intention to proceed with any legal action in order to obtain compensation for all damages suffered, well above the amount so far retained, as interim measure, by the Court."

Haas confirmed it would keep Ferrucci on as a young driver the month after the Silverstone event, while the 20-year-old has was also defended by Coyne.

Ferrucci was unavailable for comment when contacted by Autosport.