Sette Camara started the season with second, third and fourth places finishes in the first three races, but was disqualified from the second race in Baku after taking second as he did not have enough fuel left to provide a sample.

An electronic problem scuppered his qualifying at Barcelona, where he went from 13th to seventh in the feature race, before retiring from the sprint event when his car shut down and the cockpit fire extinguisher went off.

A crash in qualifying meant Sette Camara - who finished 12th in the 2017 F2 standings - missed both Monaco races with a hand injury, but he expects to be ready for the next round of the championship at Paul Ricard on June 22-24.

Despite his troubles, Carlin still lead the F2 teams' standings by 33 points over ART Grand Prix.

"He's done so well and been so frickin' fast, but just so unlucky.

"People don't realise how fast he is and how much he's pushed me already this season. He deserves a lot more.

"His mentality, the way he goes about things - he's very different to other people in the way he approaches things, in a good way.

"Every race there's been something he's known that no one else has - he's been very good at turning up and nailing that first lap."

Sette Camara was due to start fourth in the Monaco feature race based on the time he set on his penultimate lap in qualifying.

But on his last lap he hit the wall at the exit of St Devote after carrying too much speed into the corner.

He had hoped to take part in the Monaco action but was not cleared to do so by the FIA medical delegate. 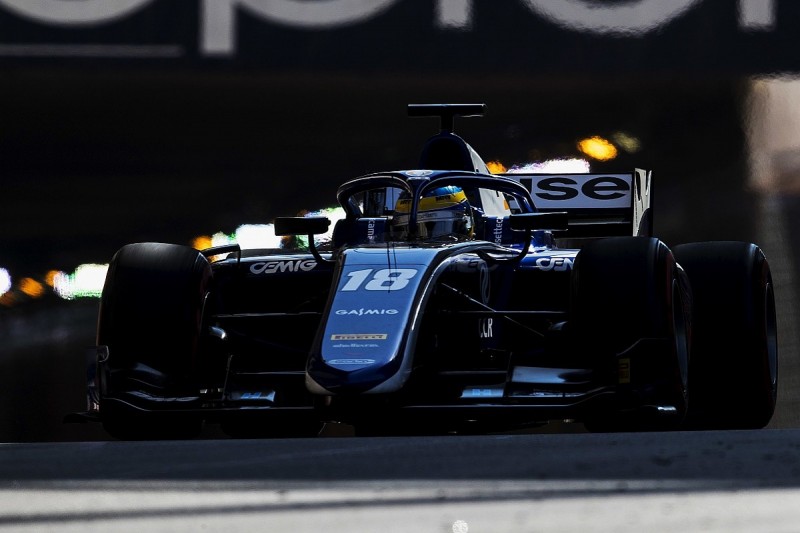 "I respect the decision of the F1 doctor, it was on the conservative end but the doctors after said 'maybe it is better you didn't race'," Sette Camara told Autosport.

"I was really disappointed. I can move all my fingers and I have strength, so I couldn't see why I wasn't allowed to race, but of course it is not my decision.

"I'll be ready for Paul Ricard." Sette Camara will return to Brazil from his base in Spain for a week to recuperate before undergoing physiotherapy.

When asked what exactly his injury was, he said: "I don't want to say exactly what happened, but it's a few weeks' recovery.

"Sometimes people make an over-exaggeration about it."

While he trails Norris by 52 points, Sette Camara is only 25 points behind Artem Markelov and Alexander Albon who are tied for second place in the standings.