Prema driver de Vries has been among the fastest drivers at all four F2 rounds this year, but he remains without a victory and has three DNFs under his belt already this season.

An opportunistic move that forced then leader George Russell off the track in the Baku feature race resulted in him retiring, and de Vries was hit by Alexander Albon while running second in the Monaco feature race last time out.

He lies sixth in the standings after eight races, 52 points behind leader Lando Norris.

At the same point in GP2 - which has since become F2 - in 2016, Gasly was 19 points behind Raffaele Marciello and had not won a race.

Gasly, who also drove for Prema, failed to score points in four of the first eight races, and later in the year suffered a further setback when he was disqualified from the Hockenheim feature race after his fire extinguisher went off.

"It's a very long championship and anything is possible," said 23-year-old de Vries.

"If you look back to the year of Pierre, he had serious setbacks and managed to recover from that. Nothing is thrown away.

"But we have lost a lot of points over the past weekends, even though we had the pace. 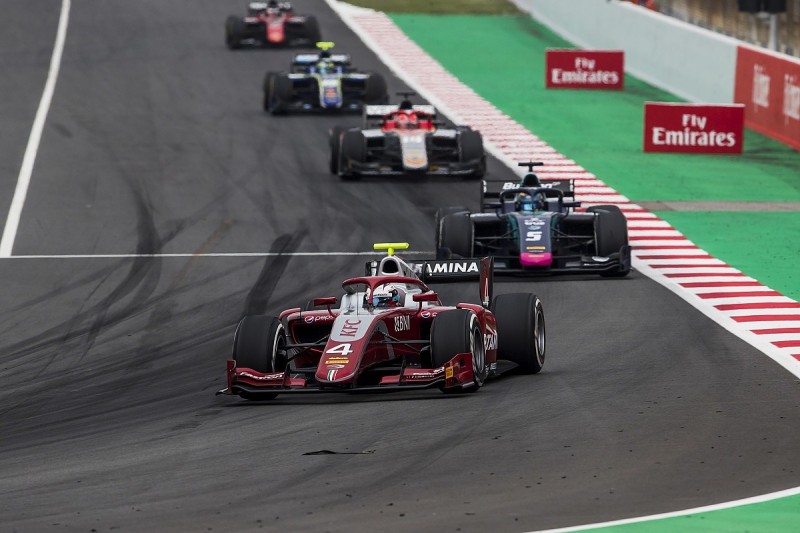 "Despite Bahrain where we maybe weren't as quick and as competitive as we should have been, in Baku, Barcelona and Monaco we were battling for the lead.

"The championship standings aren't showing it at the moment but I think we deserve to be up there."

Prema boss Rene Rosin also cited Gasly's turnaround as cause for optimism, adding that F2 did not have a runaway favourite this year.

"Everything is possible, there is not a clearly dominant driver like there was last year with Charles," said Roisin. "On the other hand, we need to start taking points.

"When you have the chances you have to take them. It reminds me of 2016, where after Monaco we were far behind with Pierre.

"We now need solid results and some points."