Formula 2 series boss Bruno Michel says multiple teams are interested in joining the Formula 1 support championship for 2019, but he is "cautious" about adding new squads

But Michel says the series will reassess its number of entries amid interest from other parties. "Yes, we have interest [from new teams]," Michel told Autosport.

"As you probably noticed we decided to open the championship last year for 12 teams, finally I took only 10. "The reason for that is that we need to be careful.

"Even if we cost a fraction of F1 there is still a cost to F2.

"We need to make sure the teams can find the right budget to do a good job.

"I don't want to have teams that have problems like we have had in the past.

"We will reassess at the end of the season what the market is and that's something we always do, and make sure everybody can do a proper job.

"If you [intend] to have 26 cars but only 22 drivers on the budget, then of course you have an issue and that means some teams are going to suffer massively."

Michel added that there are currently fewer drivers interested in competing in F2 than there were during its earlier GP2 guise, but explained that was a symptom of the current financial climate in motorsport.

"If we want our championship to do well we need to make sure our team is doing well," he said.

"If I wanted to get three more teams on, I have a lot of teams that want to join to be perfectly honest.

"We want to make sure everybody is doing fine.

"We might increase the number of teams [for 2019], I don't know yet, but we will be extremely cautious before we do that.

"There has been some cycles in the business. 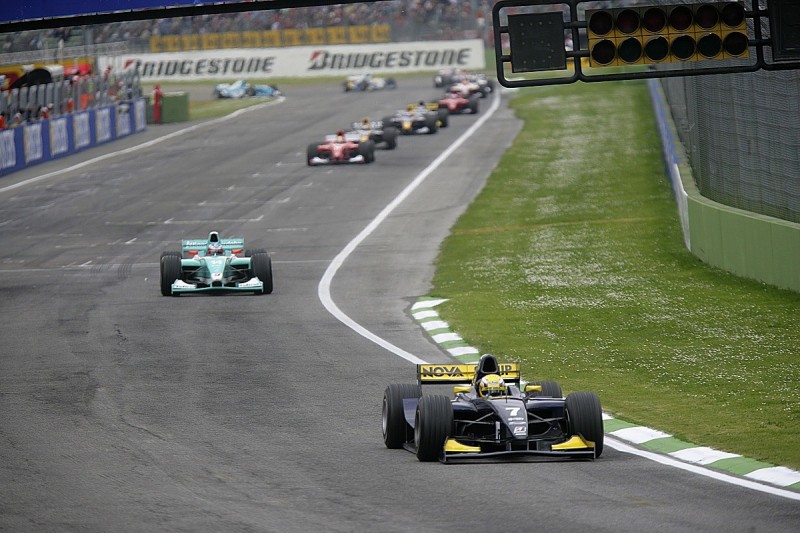 "At the beginning of GP2, we had 26 cars and there was a queue of drivers and teams wanting to join - that was easy.

"Now it's been like this [fewer drivers] for quite long, it's been more difficult to find money.

"In this business at the moment, we just need to be careful to protect the teams."