Sette Camara crashed on his final qualifying run at Ste Devote at Monaco in May, injuring his right hand, and was prevented from competing in the opening race of that weekend by medical staff after he had been assessed.

After undergoing surgery - which included putting a metal pin in his hand - in Barcelona, the former Red Bull junior is targeting consistency on his return as F2 begins a stint of three back-to-back races in France, Austria and the UK.

"I've had physiotherapy and a small surgery, now I'm ready," Sette Camara told Autosport. "I already got the OK and the green light [to race].

"I just want to have a solid weekend out of this, nothing crazy.

"I need to get points back and the momentum back. Even if it's a little, before this sequence of races [three rounds in a row]."

Sette Camara's season had started to unravel prior to the Monaco round.

After finishing second, third and fourth in the first three races, at the fourth in Baku he finished second on the road but ran out of fuel shortly after the chequered flag and was excluded. 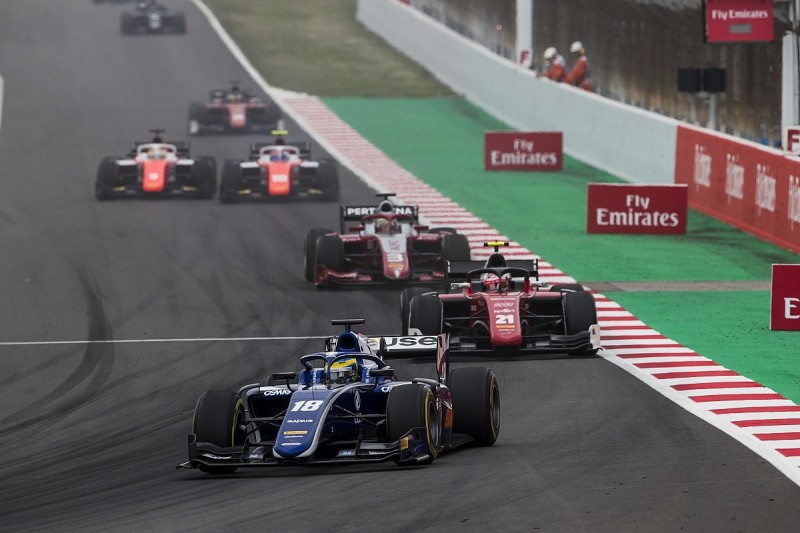 He then had an electronic issue at Barcelona that meant he could only qualify 13th and, after turning that into seventh in the feature race, in the second race his car shutdown and the fire extinguisher went off, resulting in another retirement.

But despite the Monaco crash - allied to earlier problems - he is only 25 points behind Russian Time driver Artem Markelov in second.

"P2 is only 25 points away from me which is crazy to think after the horrible rounds I've had," he added.

"Obviously I've been unlucky, but lucky in how that has played out at the same time.

"At the middle of the season I want to be in the top three."

Sette Camara was praised by team-mate and points leader Lando Norris - who heads the F2 standings over Markelov by 27 points - recently for his role in pushing Carlin and for the team's impressive race pace.

"It goes both ways and it is a mutual respect," said Sette Camara.

"If you don't have a good team-mate that you can believe is quick to validate what you are feeling, everything moves much slower.

"You don't feel confident and then there's doubts and that never helps the team."