From fifth on the grid Campos driver Ghiotto got a better start than Fuoco, starting on the inside.

But Fuoco drove across and forced Ghiotto into the wall well before the pair even got to Turn 1.

Ghiotto, who had a breakthrough event in Barcelona with his new team scoring a fourth and a fifth, said the move was "dangerous".

"I think he realised his start was not as good and tried something crazy. That's not how it works, especially in Monaco," said Ghiotto. "Fuoco went completely to the right in such a quick way that I've never seen before.

"We didn't even pass the pit exit, that explains how early it was. I'm a racing driver, I did a start that was 10 times better than his.

"I was fifth, and there was 15 cars behind us, just think if he was crashing as well in the same place and there was two cars [blocking the way]. That's dangerous."

Ghiotto would have been a strong candidate for victory, as he started on supersofts and was the only frontrunner to do so. The two safety cars would have suited his strategy.

Fuoco, who said he gave "everything I have" to fight back to eighth to start on pole for Saturday's sprint race, confirmed it was his mistake and apologised after the race.

"To be honest I just made a mistake, I didn't see Luca was there. I want to apologise. I closed the door and then I felt he was there."

Ghiotto's team boss, ex-F1 driver Adrian Campos added: "It destroys the whole weekend. It was an incredible opportunity that we lost because of another [driver].

Norris "not proud" of Boschung shunt 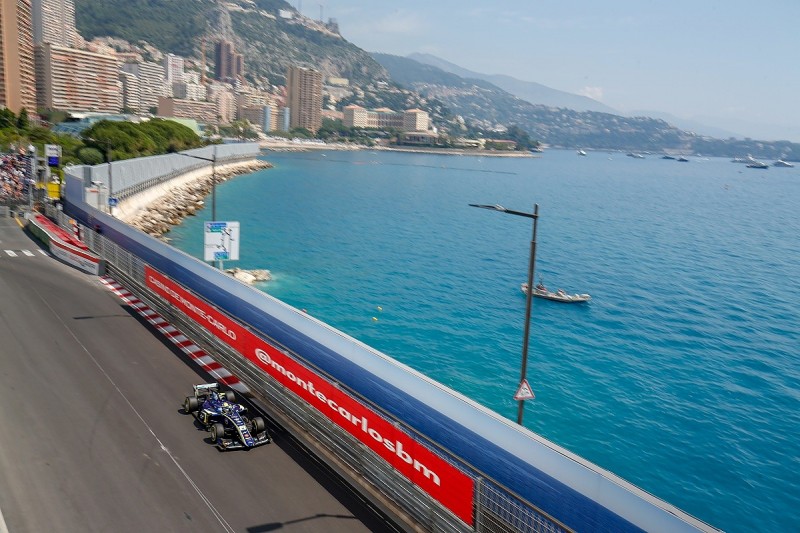 McLaren F1 junior Lando Norris has said that he is "not proud" of his move which took Ralph Boschung out of the Monaco F2 feature race.

Norris hit Boschung twice on lap 12, once at the hairpin and once at the final turn of the circuit, the second one a late dive up the inside of which Boschung couldn't escape.

"I got fairly alongside, my front wheel was halfway alongside his car," said Norris.

"He obviously didn't see me and I had to back out or it would have been a much bigger crash.

"I need to apologise to Ralph. I don't want to wipe anyone out as that makes me look bad. In no way am I proud of what I did."

Boschung added: "Just looking at [Roberto] Merhi walking in with a trophy, and he was behind me [in the race at the time of the crash].

"I think that the podium was mine today and that's tough.

"The first hit I could understand but the second one, he just lunged inside and I had nowhere to go."