Russell's pole, fourth place and win at Monza last time out extended his F2 points lead over Norris - who already has a 2019 F1 seat with McLaren - from five to 22 with 96 available from the last two events.

ART Grand Prix driver Russell says his focus is totally on his own performance, rather than worrying about where Norris finishes.

"I'm generally quite a sensible driver, I don't have a 'win it or bin it' attitude," explained Russell.

"My approach hasn't changed, I want to win every race but I'm not going to do something rash and throw a third or a second away.

"I'm not too interested in where Lando is because you have Alex [Albon], Nyck [de Vries], Sergio [Sette Camara] who are very fast.

"Sergio has outqualified Lando in the last four races in a row now and he's been extremely quick, along with me I think he's the only driver to have two full weekends taken away from him [through mechanical issues and a crash in Monaco].

"We'll take it race-by-race, and I'm just here to impress every time I jump in the car.

"If it comes it comes, if it doesn't there's reasons why we should have more points on the board." 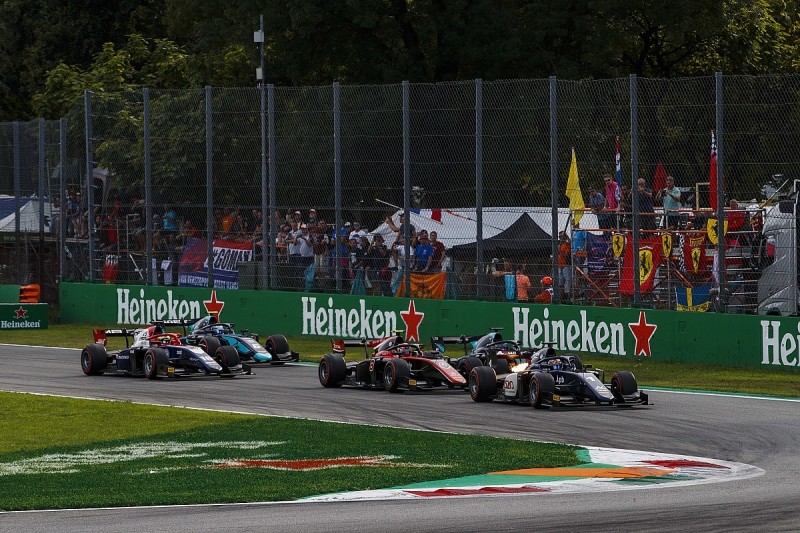 Russell had what he felt were his "first proper battles" with both Norris and fourth-in-the-points Artem Markelov, who has been linked to a 2019 Williams F1 deal, at Monza.

"To come out on top of both of them psychologically is a massive boost for me," said Russell. "It's a small blow for them."

"I've been confident even after Bahrain when Carlin and Lando had a great weekend," the 20-year-old said.

"I believe we have been the quickest at almost every single track and there's no reason why we can't be at the others."

Russell has taken five wins to Norris's one so far this season, with four races remaining at Sochi and Abu Dhabi.