Racing Point Force India Formula 1 junior Nicholas Latifi believes his prior experience of Formula 2 has hindered him this season, until a recent driving style change

Latifi finished fifth in F2 last season in his second campaign with DAMS, but has struggled to adapt his style to the new 2018 car.

He lies ninth in the points this year, with qualifying the area he has struggled with most, having broken into the top 10 just three times in 10 attempts.

Latifi - who has driven for Force India in three F1 tests this year - believes the majority of his issues have come from approaching this year with experience gleaned from the previous F2 car.

"I would've almost preferred to be a rookie in F2 this year and when I say that, I think the only benefit I would have taken from having the experience in the previous years was in general how the Pirelli tyres react," said the 23-year-old.

"This year it's gone too far the wrong direction because the characteristic [compared to the old F2 car] is so different.

"So many of the races this year I've screwed myself, we've gone completely the wrong way [with set-up].

"Whereas I think some drivers who have just come in and don't have that experience of last year just drive what they have.

"Looking back at the year that's what I would preferred. All my experience from last year has played against me.

"There's obviously benefits to having experience but I think it's backfired for me."

Latifi has had an upturn in form recently, winning the Spa sprint race and last weekend finishing fifth and fourth at Monza - a track DAMS has historically struggled at. 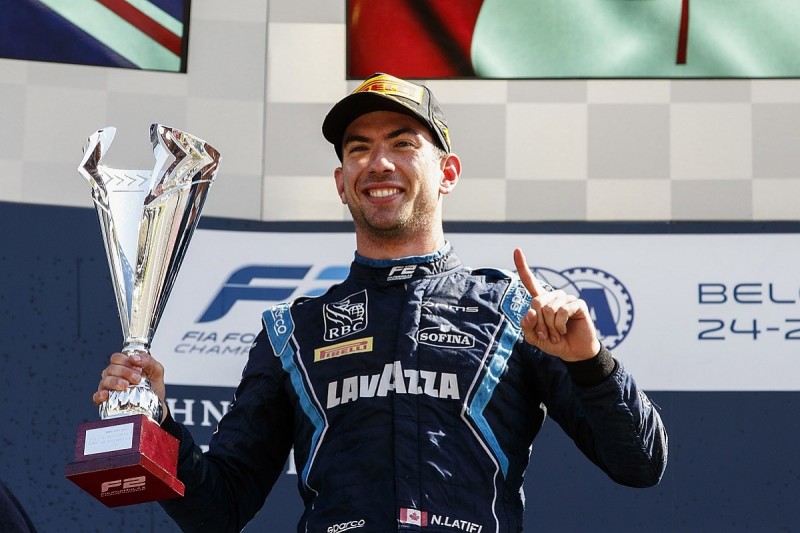 He claims the increase in form, allied to the team improving its race pace, is due to a change of driving style.

"I've gone away and done quite a lot of stuff to improve as a driver," he added.

"I've said it quite openly that I've struggled to adapt to this year's car, it doesn't suit my driving style at all compared to last year's car.

"I've been trying to change pretty much everything I know about driving, all my natural instincts.

"It's difficult to do that when you only have 45 minutes of practice and only two representative laps and then into qualifying.

"My driving style is always aggressive, I'm quite late on the brakes.

"With that you can struggle with the exits if you don't get it right.

"With this car, at least up to now, we're supposed to have the same power as last year but in reality we've had less as the engines have been turned down for reliability reasons.

"What we've had and have is a high downforce, low power car.

"It's a lot like Formula 3 and I always struggled with the Formula 3, it never suited how I wanted to drive."