Formula 2 is working 'day and night' to solve clutch control and throttle motor problems, with new parts set to be installed in cars overnight before Red Bull Ring practice

The new F2 2018 suffered heavily in the last round at Paul Ricard last weekend, and although F2 has brought updates to most of the races this season, multiple drivers still stalled with the car's tricky clutch control, and others had trouble with a throttle motor part.

Since the Ricard round, the F2 technical department has been working on solutions to the problem amid the cramped timetable of three events in as many weeks.

"We have been working flat-out with [engine supplier] Mecachrome since Sunday night, all day and all night," F2 boss Bruno Michel told Autosport.

"We have been working on the reliability issues on the throttle motor, Mecachrome has come up with a part change that should prevent the issues like [Alexander] Albon and [George] Russell had at Paul Ricard.

"They [Mecachrome] are finishing the parts, they are going to bring them here and we will work through the night tonight to install them.

"We will see tomorrow how it works.

"The problem is you normally use the test car before you implement a new part on the racecars, but we have three weekends back to back and it's impossible to do that."

F2 originally arranged an extra 15 minutes of start practice at 8am on Friday, but has now decided to allow two practice starts at the end of its usual session instead after suggestions the afternoon conditions would be more beneficial.

"Finding a slot on the timetable for the additional practice starts session is not easy, but that's our job," added Michel.

"We have done some work on the clutch and the clutch control in the last two days, one person from the supplier of the clutch is here this weekend as well.

"Since the start of the season, we've done some work on the engine behaviour, that's why I thought we would have sorted the issue in Paul Ricard. 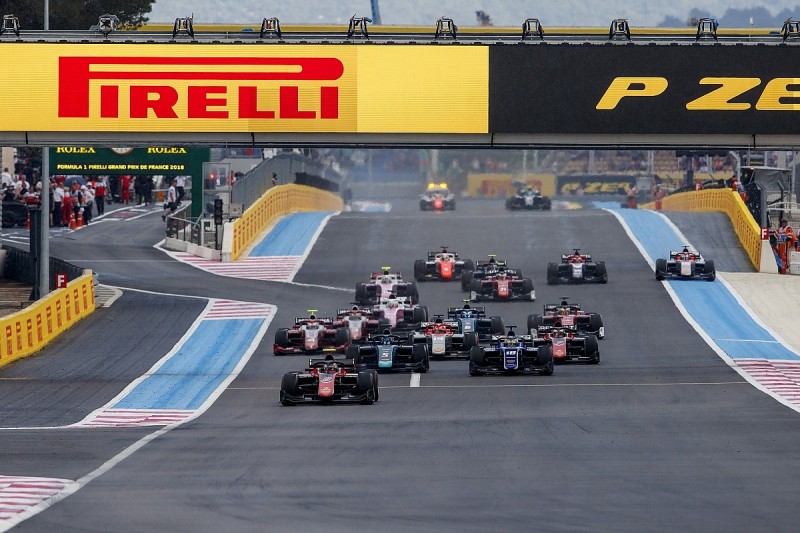 "That's what we have mainly focused on.

"Now we need to see what happens tomorrow, to see if the drivers have positive feedback.

"The problems with practice starts is they are different to race starts."

He added: "Any starts we can do are good, obviously F2 is already limited on the timetable, so any extra time we get is great.

"Something like this is needed and it's a really good step."

Russell said: "I think all the practice we can get is going to be a massive benefit.

"It's a shame it's at 8am but a Formula 1 race weekend is extremely busy, so it's a compromise."

"I'm tired to see everywhere that we are only talking about the problems," he said.

"Everybody wants everything to improve and everything is in place to make things better."