Leading Formula 2 teams have asked observers not to "point fingers" at the Formula 1 support series, as its new-for-2018 car continues to have reliability and starting issues

Despite assurances that problems would be solved, the car has a tricky clutch that is regularly causing drivers to stall, while frequent throttle sensor breakages are ruling others out of contention.

Current standings leader Lando Norris had his advantage in the championship cut after he stalled at the start of the Paul Ricard feature race last weekend, while DAMS driver Alexander Albon and ART Grand Prix's George Russell had throttle sensors break.

Albon's problem dropped him out of the fight for victory in the feature race and Russell's prevented him from lining up on the sprint race grid, although he did enter the event a lap down.

Artem Markelov, who had been second in the standings ahead of the last round, had a stall in his Russian Time machine in both races.

F2 has fixed one problem relating to the clutch, and technical boss Didier Perrin told Autosport in Paul Ricard that there were "major concerns" over the car, but said the championship was working hard to solve them.

"It's motor racing," said Philippe. "It's a shame, but there's no point complaining.

Sicard added: "We have pretty good communication with the technical people. It's useless to shout. We are trying to fix the problems.

"We had the problem [with Albon's throttle sensor] and we missed the opportunity to do a good result.

"But we are trying to move forward and everybody is trying to understand and fix the problem. It's damaging and frustrating, but it's motor racing. 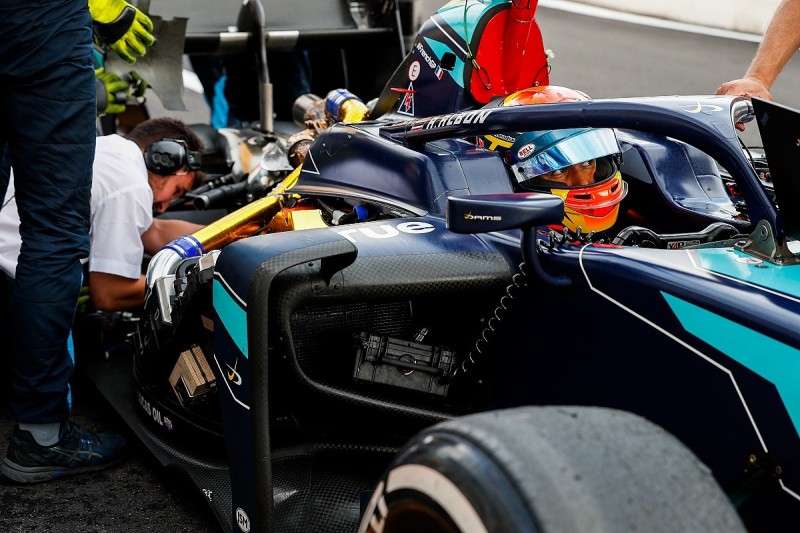