The 20-year-old Russell looked supreme on his way to a 1m14.159s benchmark, with brilliant rotation through the corners in his F2 2018 car - which appeared on rails for most of the session.

He did have one major moment, skipping over kerbs at the fast Turn 9 at the end of the lap when on for an even quicker time.

Alexander Albon, who has three poles in the series this year, was just over a tenth slower and Roberto Merhi finished the session third for his MP Motorsport team.

Artem Markelov had no fewer than four visits to the run-off areas on the Red Bull Ring circuit, most notably at Turn 9 where he hit a kerb that launched his car into a wheelie with the front two wheels suspended in the air for what felt like an eternity.

Luckily for the Russian, he tumbled back down to earth with eighth fastest overall.

Just 11 minutes into the 45-minute session, Roy Nissany moved over in front of Jack Aitken too soon on the straight after Turn 1, clipping the ART Grand Prix driver's front right wheel. 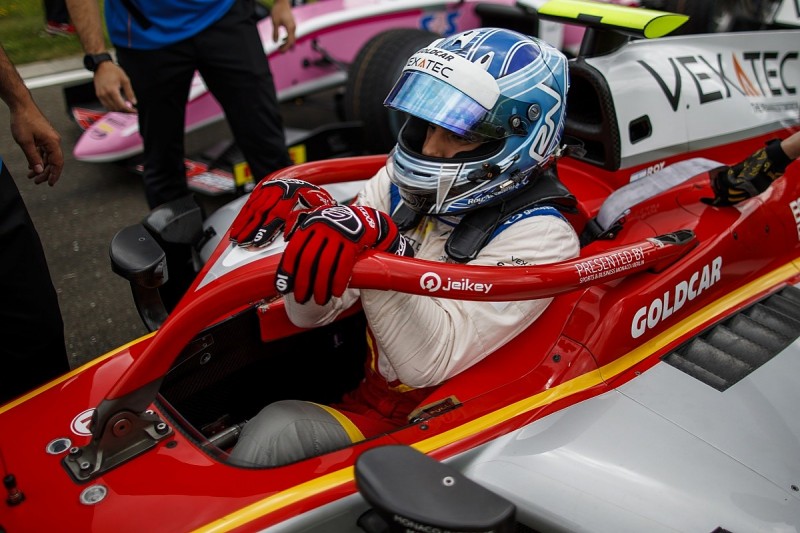 The damage to Campos driver Nissany's rear-left meant he wouldn't return to the session, while Aitken could only recover to ninth after a lengthy spell in the pits for repairs.

He had two further moments at the final corners, signifying there is more to come over a single lap from Aitken and his ART-run car.

Arden's Maxi Gunther rounded out the top 10, while his team-mate Nirei Fukuzumi was ruled out of the session early - stopping his car on the grass at the exit of Turn 4 with a mechanical issue with four minutes to go.

DAMS' Nicholas Latifi was the only driver to stall across the practices.