Albon looked to have the measure of all but Luca Ghiotto after the first spate of flying laps, but a brilliant 1m54.480s with just over a minute to go saw off his rivals, benefiting from a slipstream along Baku's lengthy main straight.

Norris was following ART Grand Prix's Russell in the late running as the pair bid to beat Ghiotto's benchmark.

While neither were in the top three in practice, both delivered strong laps to jump Ghiotto, but they ultimately trailed Albon in the final running.

Albon's DAMS team-mate Nicholas Latifi's spin through Turn 7 ended the session just over a minute early with a red flag, denying some the chance to improve. 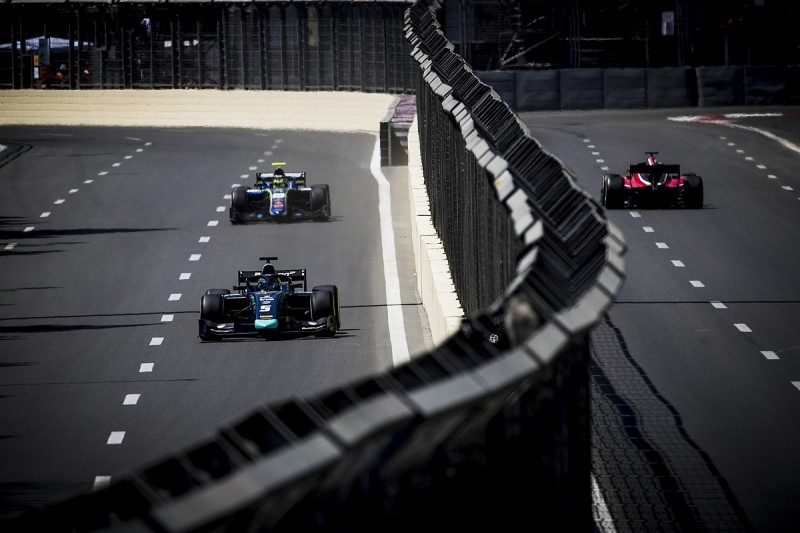 While Ghiotto was quick early in the session, he failed to match the improvements made by rivals and settled for fourth, while Haas F1 junior Santino Ferrucci topped the Trident charge in fifth.

Norris' Carlin team-mate and practice pacestter Sergio Sette Camara could only manage sixth, with one of his early laps hampered by Ferrucci.

Bahrain podium finisher Maximilian Gunther brought out an early red flag when his Arden-run F2/18 stopped exiting Turn 1, but he was pushed back into the pits by marshals and recovered to take 11th.

Russian Time's Artem Markelov, who rose from the pitlane to the podium in Bahrain, had another messy qualifying session, condemning him to only 18th on the grid.