The Brit set a 1m33.042s in the first session of the Italian Grand Prix weekend, leading by over two-tenths from second-placed Pourchaire, driving for ART.

Daruvala finished in third, with David Beckmann, who replaces Matteo Nannini at Campos Racing, in fourth.

Championship leader Oscar Piastri finished in fifth place, just three-tenths behind the leader, while just one second separated the top 11.

ART’s Christian Lundgaard was first out on track for the 45-minute session, marking the first F2 round since Silverstone in July.

Ten minutes in, Liam Lawson set the initial benchmark with a 1m34.613s, before several other drivers put in fast laps and Dan Ticktum took the top spot with a 1m33.189s.

Marcus Armstrong was struggling with his DAMS-run car, failing to set a representative lap and returning to the pits with an issue, before eventually managing to complete four laps by the end of the session.

Ralph Boschung was also forced to return to the pits with a problem, almost grounding to a halt upon entry before eventually making it over the line before the Campos mechanics pushed his car back to the garage.

Into the last third of the session, Ticktum remained top of the timesheet, having bettered his earlier time by almost two-tenths, followed by Formula 1 hopeful Theo Pourchaire and Red Bull junior Daruvala. 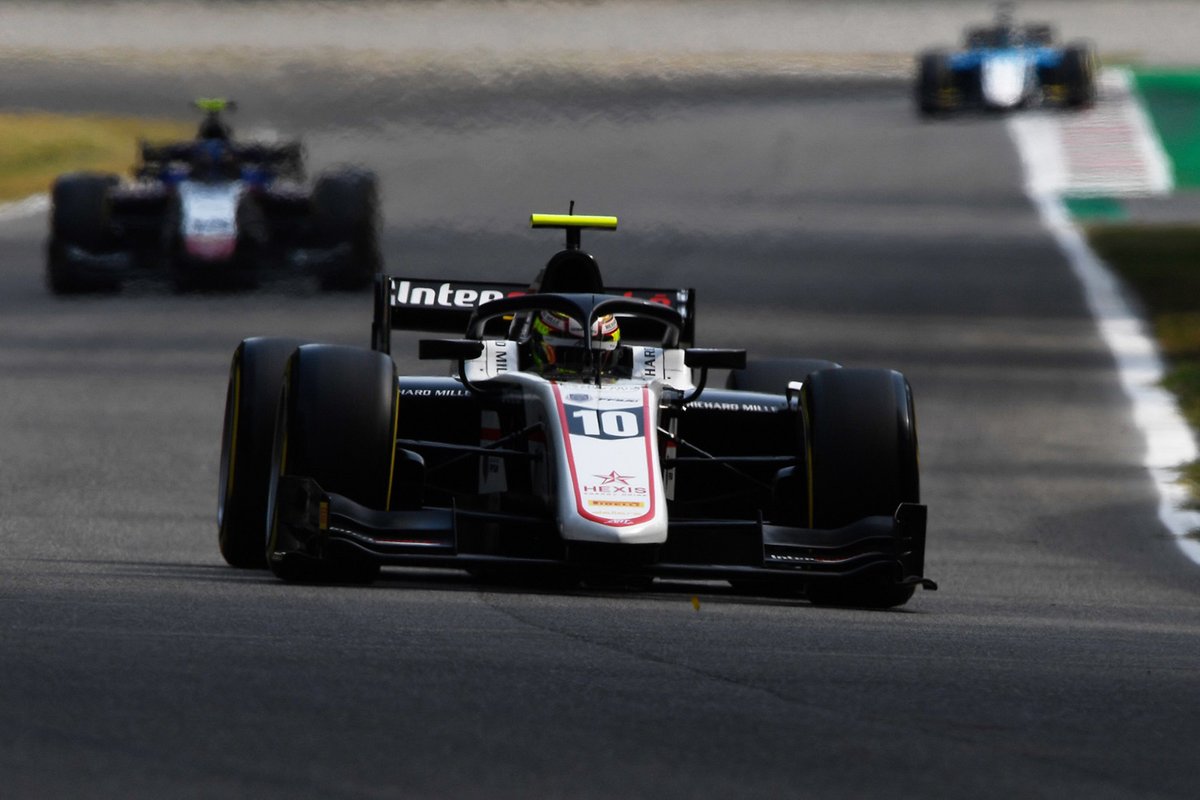 The virtual safety car was out with 10 minutes to go after Roy Nissany suffered a huge old-school engine blowout on the exit of the Ascari chicane, with huge plumes of smoke billowing from his DAMS car.

Alessio Deledda got in the way of Daruvala while the Carlin driver was on a flying lap, locking up and bumping across the kerb at the chicane, before the Italian also blocked UNI Virtuosi’s Zhou out of the corner.

Enzo Fittipaldi finished 20th in his debut session in F2, having stepped up to the Charouz team to replace Beckmann.

Jake Hughes, returning to the grid to fill in for an injured Jack Aitken at HWA Racelab, finished in P16.