The bosses of Prema and Campos Racing say FIA Formula 2 and Formula 3 should revert to the old format used prior to this season, with two races per weekend instead of three.

The FIA introduced a radical new format for 2021, featuring fewer events but with three races each weekend instead of two in a bid to reduce costs.

The governing body also hoped that by splitting the two series and ensuring they raced on separate weekends, that teams could share personnel.

But Rene Rosin, head of the championship-leading Italian outfit Prema, says although three races per weekend is “feasible on the edge” for F3, it is “way too much” in the senior category, and believes the new format “creates a bit of confusion”.

“Honestly, I would prefer going back to two races, and a bit more rounds,” Rosin told Autosport.

“F3 is different, we are using the European season of Formula 1, so the gaps are not that massive. But if you look at F2, we are going from Silverstone to Monza two-and-a-half months. So that's quite bad.

“The gaps are not helping at all. They're making people forget what happened the previous events, they're also making spectators not enjoy the continuity. There is quite a bit of loss of interest from my point of view, while if we're doing races more close to each other, it’s a bit better for the interaction with the fans. So this is something that should be taken into account.”

Adrian Campos Jr, boss of the eponymous team founded by his father, said the format is “very intense” and that any accidents make things more difficult for those in the garage.

“I have to be honest, personally, myself, I would prefer to be together again, F2 and F3,” he told Autosport. “It’s less travel and it makes your life a bit easier.”

PLUS: How F2 and F3's flawed format changes could prove shortlived

The new weekend layout features two reverse-grid races, both on Saturday, while Friday’s qualifying session decided the grid for the first of those and Sunday’s feature race.

In theory, these changes were also meant to make races more exciting and keep fans’ attention with action-packed weekends, but there have been complaints about huge gaps in the calendar, with two months between some F2 rounds. 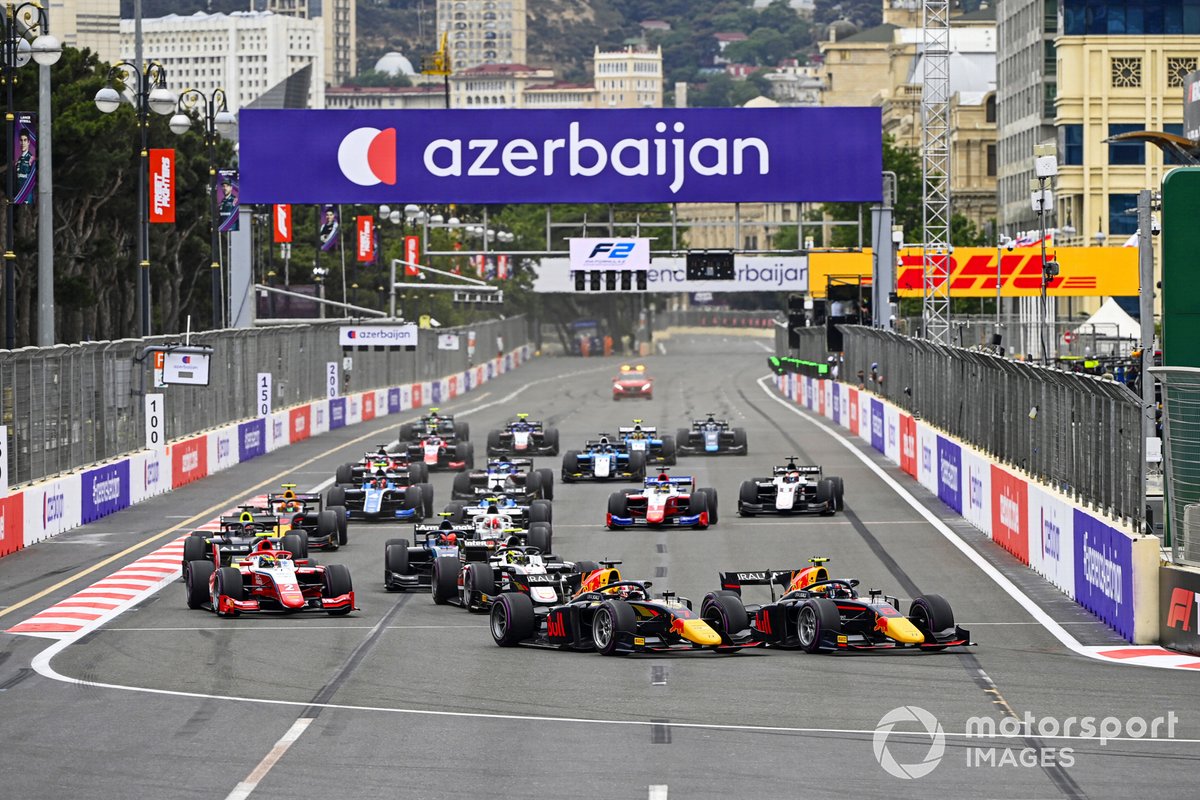 Series boss Bruno Michel says pros and cons of the format and calendar have been identified and discussions for next year have begun with the FIA and Formula 1. A decision regarding the formats and the calendar is expected soon.

He has been quick to outline the benefits of the new system, which has seen F3 increase its visibility now it has a larger platform at F1 events, while he says fewer events has saved the teams money.