Albon - the favourite for a Toro Rosso F1 seat for next year - now trails Russell by 41 points as he could only manage eighth in qualifying, which means the British racer only needs to finish eighth to take the title in Saturday's feature race.

Mercedes F1 junior Russell earned a late reprieve with a final effort he described as "fantastic", as it deposed Prema Racing's Nyck de Vries who had run in the mid-session gap where drivers usually regroup in the pits and set a time good enough for the top spot.

Albon's DAMS team-mate Nicholas Latifi followed a similar strategy and took what was then second place.

But Russell's 1m49.251s gave him a two-tenth cushion over de Vries, with Latifi, who was told to abort his last lap with an undiagnosed issue, ending up 0.396s. 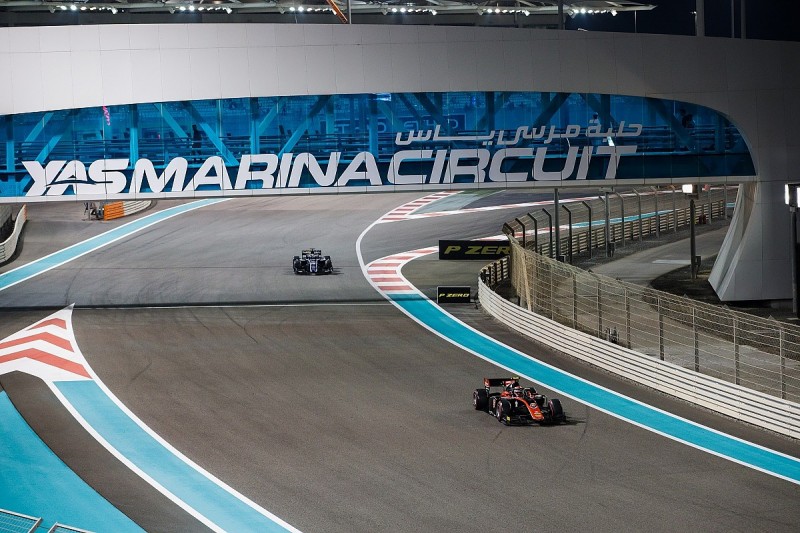 Artem Markelov took fourth - after improving his Russian Time machine's woeful handling from practice - with Russell's ART team-mate Jack Aitken rounding out the top five, his best qualifying since the Budapest round in July.

Louis Deletraz, recently announced as a Haas junior driver, warmed up for his test in the American F1's squad's current car next week with sixth, ahead of the McLaren-bound Lando Norris.

Norris had marvelled at Russell's practice pace and his claim that his fellow Briton would be tough to beat rang true.

Albon's title hopes now rely almost entirely on Russell having a problem in the feature race.

He ended up eighth, ahead of Tadasuke Makino and Norris's team-mate and now fellow McLaren junior Sergio Sette Camara, after locking up at Turn 8 and then jumping over the sausage kerb at the penultimate corner on his final run.

Makino showed strong pace throughout the session. He was baulked by the errant car of Campos Racing driver Luca Ghiotto early on, but recovered to set a respectable late lap.

Ticktum finished 14th quickest and was 0.4s up on Fukuzumi, who was 19th.