Russell only needs to finish eighth in Saturday's feature race to take the title regardless of what Albon does thanks to taking the four bonus points for pole position.

Albon is now 41 points off the lead in the standings with 44 remaining over both of this weekend's races.

On his last-ditch flying lap, Albon locked up at Turn 7 and then had a moment at the sausage curb at the penultimate corner of the Yas Marina track, which ruined any chance he had of improving as others around him bettered their times.

"It was a messy lap," DAMS driver Albon told Autosport.

"I was happy with my first lap but there was still a bit of time to gain. I knew I had to get some back, but it was just bad warm-ups.

"Obviously, the Pirelli tyres have a small warm-up window, and I didn't do a good job of that [getting the tyres to the correct temperature]. I didn't get enough heat in the front tyres.

"From Turn 1, I said 'here we go', we had understeer and it was part of the reason for the lock-up as well. I knew it was going to be difficult after that."

Drivers are not given live tyre data in F2 as is the case in F1, and do not know the exact temperature of their tyres, which makes it difficult to get them into the correct window. 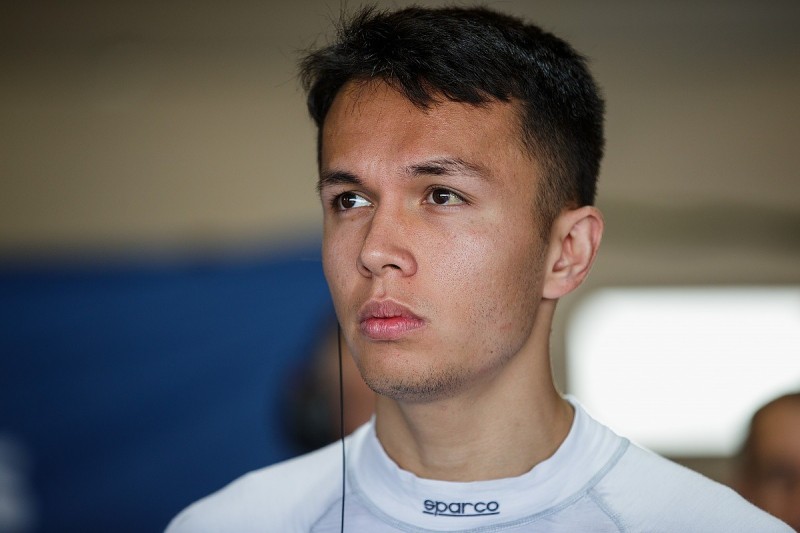 Albon confirmed that the rest of the weekend was going to be an uphill struggle, and any chance he has of usurping Russell will require a problem for the Williams F1-bound driver.

"My objective was always to focus on myself. P8 won't be easy [to close the gap].

"Let's be honest, as long as George doesn't do anything stupid he's got it [the F2 title] under wraps.

"Lando [Norris] and Nyck [de Vries] are still close behind so we need to watch that as well."

Norris is 13 points behind Albon in third in the standings, while Prema Racing's de Vries is 27 points back.

But both drivers start ahead of Albon for the feature race, with de Vries second on the grid and Carlin's Norris in seventh.

"There's a gap between George and P2, and maybe we could have slotted in there, but it would have been difficult. He was very good."