Russell didn't quite hook his opening salvo together in his ART Grand Prix-run car, but managed a 1m51.720s early in the session, as the majority of runners then spent half the 45-minute session testing the soft tyre that will be the most durable in Saturday and Sunday's races.

Alexander Albon is the only driver who can stop Russell from achieving the F2 title, but the Toro Rosso 2019 contender struggled to put together a quick lap in the early running.

A couple of moments at the tight Turn 14 left-hander and Turn 6-7 complex onto the long straight slowed his forward progress as he had to settle for ninth - nearly a second off the pace. 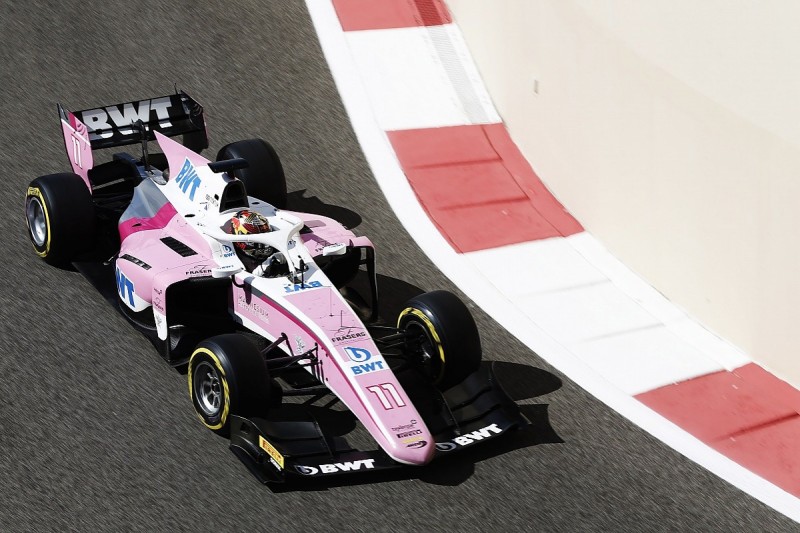 The Red Bull F1 junior replaces Maxi Gunther at Arden this weekend off the back of a second Macau Grand Prix win last week, but bookended the order 2.5s away from Russell's fastest time.

Ticktum's car appeared to drop fluid as he pulled out of the pits at the start of the session.

Behind Russell, Antonio Fuoco's first flying lap was brilliant, and the Ferrari Academy driver steered his a Charouz-run car to second ahead of Campos driver Luca Ghiotto - who is still searching for a first win of the season. He completed the most number of laps in the session.

Honda protege Nirei Fukuzumi put an Arden car in the top four, ahead of Sochi polesitter Nyck de Vries, who ran wide at the tight Turn 17 right-hander to ruin his follow-up lap for the Prema team.

Roberto Merhi - now with Campos after switching from MP for Sochi - headed new Haas junior Louis Deletraz in sixth and seventh in a field that now has 14 out of 20 drivers affiliated with an F1 team.

Markelov's car appeared extremely wild, with a number of off track excursions for the Russian driver who is likely in the last of his five seasons in the championship.