Aitken lost out to Russell in last year's GP3 title battle when they were team-mates at ART Grand Prix, and the pair will also race together in 2018 as they form the squad's all-rookie line-up.

"Last year was a bit frustrating at times, because even though we still finished in second, it wasn't what we were aiming for," Aitken told Autosport.

"I think we could have won the championship if things had gone a little bit differently.

"This year I think it will be close again, and I am pleased that I am next to George again because it gives me [another] chance to beat him.

"We have to wait for the first couple of races [to know] where we are standing but I think it is possible that me and George can fight for the title.

"It is a strong grid in terms of rookies and there are a few guys who are staying from last year as well, so we just have to wait and see a little bit." 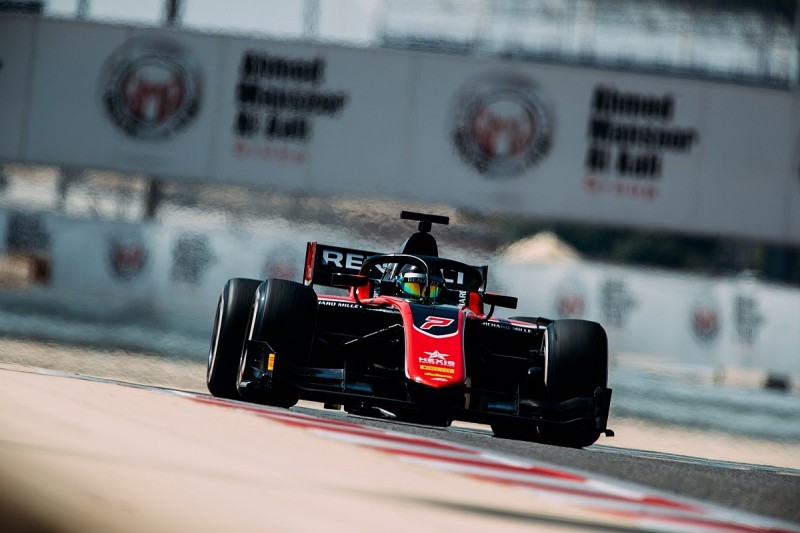 Russell explained that the introduction of F2's new car for 2018 has meant the dynamic between he and Aitken "has changed completely."

"Last year we both jumped in the car knowing we had the most competitive car on the grid, and we had to purely focus on ourselves and beat each other," the Mercedes reserve driver told Autosport.

"I knew I was racing against him and two other teammates [Nirei Fukuzumi and Anthoine Hubert], and it was the same for him.

"This year it's different. We don't know if we'll have a competitive car or not, and we have to work together and push the team forward to be on it as soon as possible.

"We both understand that. We have a good working relationship and we're pushing the team in a good direction."

When asked how he saw his relationship with Russell, Aitken added: "I think it is still very good, it was already a really strong relationship and that is carried on to this year.

"I think [ART] understand a bit more what I need in the car this year, which is good as well, so I am happy."