DAMS has announced Nicholas Latifi as its first driver for the 2018 Formula 2 season, with Alexander Albon joining him for this weekend's Bahrain season opener

Latifi's 2018 deal means the Force India reserve driver will remain with DAMS in the Formula 1 support series for a third consecutive season.

He finished fifth last season and scored his first race win at Silverstone.

His pre-season preparations were hampered by a serious infection that forced him to skip the Paul Ricard test as well as a planned F1 outing at Barcelona with Force India.

"The aim after my 2017 campaign has to be winning the drivers' championship, while also helping DAMS in the teams' standings, which we were very close to clinching last season," said Latifi.

"Over my two years with the squad I've built up a really strong working relationship with them, and that will definitely help with the new car for 2018." 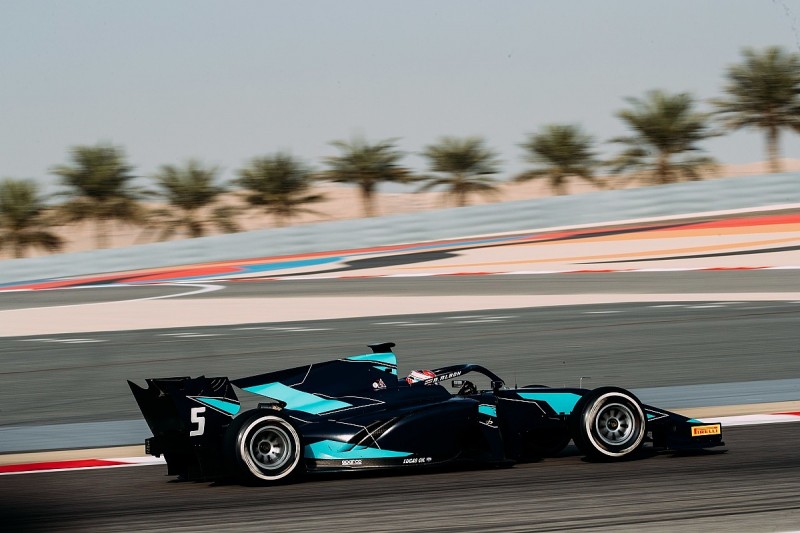 Albon has long been expected to be DAMS' second driver for the 2018 campaign, but has so far only been announced for the first round.

"DAMS are very good at understanding and getting the best out of the package, so I'm confident in the team's work," said Albon, who was 10th in F2 last year as a rookie.

"During the pre-season tests, I got on really well with everyone, and I like the way they operate.

"Racing with Nicholas will also be good, as he has plenty of experience, and we're sure to push each other very hard this weekend."

The field for the season opener will be completed by ex-Manor F1 driver Roberto Merhi, who has joined MP Motorsport.

Merhi entered eight F2 races last year with a best finish of fifth place, and drove for MP in both pre-season tests at Paul Ricard and Bahrain.

*only confirmed for Bahrain season opener