Russell steps up to F2 with the ART Grand Prix team this year after winning the GP3 title with the team in 2017.

He topped the final day of the opening pre-season test at Paul Ricard, and was third fastest at the end of the following test in Bahrain.

Russell used the example of Lewis Hamilton matching McLaren team-mate Fernando Alonso in his first F1 season in 2007 to show his goal was attainable.

"I am working towards a seat in Formula 1, trying to be the best driver out there, and being a rookie is no excuse [not to fight for the title]," Russell told Autosport.

"You saw Hamilton in his first season take it to Alonso at McLaren, when he had a two-time world champion as his team-mate - and that's at the top level. So there's no excuse.

"It's always easier with experience under your belt, but that's the level we're at now. [Considering] what we're fighting for, you've got to be on top of that.

"I don't think you can afford to slip up at any point.

"From the outset, I'm going to be going out there to win as many races as possible and score as many points as possible." 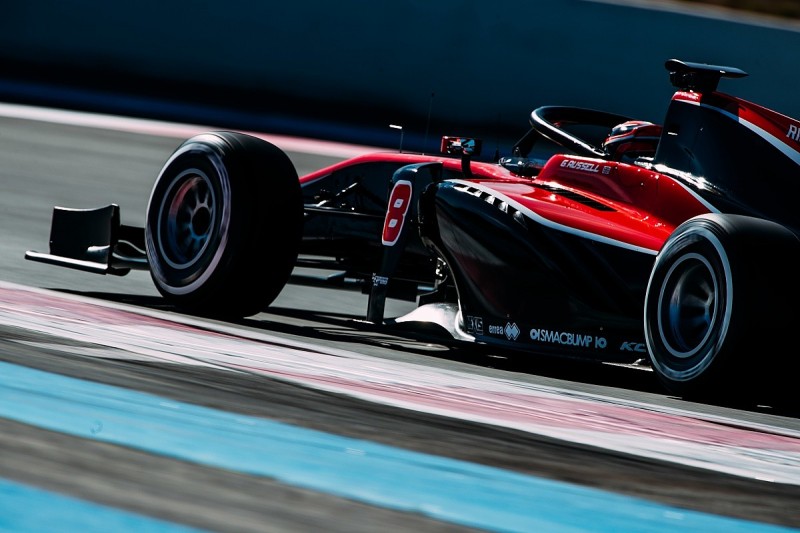 Asked whether F2's introduction of a new car for 2018 would help level the playing field, Russell said the more experienced drivers have had the luxury of being able to focus on honing set-ups.

"The difficult thing for a rookie is having to develop a new car as well as learn F2, whereas the guys who have done a season or two can purely focus on developing the car," he explained.

"In F2 the race runs are very tricky with the tyre degradation, so from my perspective I'm wanting to test and learn what works best and how to approach a race simulation.

"The experienced drivers can focus on testing things on the car, because they've got the experience of knowing roughly what it's going to be like when they arrive at a race weekend."

Russell added Mercedes has told him it wants him to win the title this year.

"The clear goal which has been set this season is to win the championship," he said.

"Mercedes have put their faith in me and fully believe in ART to be able to do the job.

"With the new car this season there could be a few unknowns, but they will be watching with a close eye and will be fully aware of how I'm performing, regardless of the overall result."

Russell said it was "safe to presume" he will conduct Mercedes' two days of in-season F1 running reserved for young drivers this year, but noted that "nothing is set in stone just yet".