Antonio Felix da Costa believes that his recent mechanical gremlins in Formula Renault 3.5 should be solved following a short test in the series' summer break

Red Bull junior da Costa endured one of his worst weekends of the season at his backer's home race in Austria last time out, where he suffered a loss of oil in the first race and his engine shut down on the grid for race two.

While da Costa initially suspected the problem was engine-related, a test at an airfield this month confirmed that the problem was related to the car's electrics and the 'Supercaps' system that is on the car instead of a traditional battery.

The FR3.5 summer break, which stretches from mid-July to the Hungarian round on September 14-15, enabled Arden Caterham to strip the car and then perform a short shakedown run once it was ready to go.

"We've been having so many different issues, and it was getting too much," da Costa told AUTOSPORT.

"Had we done something wrong? We started from zero, put almost a new car back together, and were allowed to go to an airfield with no wings on the car just to check it over.

"Now, hopefully everything is out of the way and we can go into the last part of the season with no pressure and see what we can make of it."

Teams are permitted to run the car at over 5000rpm for a total of 20 minutes, and they have to remove the wings. 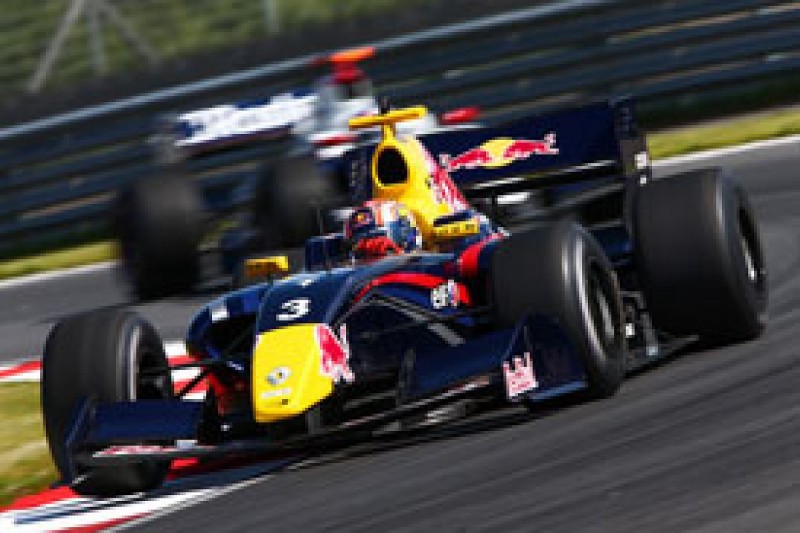 Renault Sport Technologies sporting manager Benoit Dupont said: "Every team has the right to test at a certain point just to check something specific on the car.

"That is the case with various teams, especially in the summer break when they can dismantle the car and then want to do a check-up after they put it back together.

"The idea is for us to prevent teams from using the test to improve the car.

"Arden wanted to be sure that the problem they had in the second race in Austria was solved, and in the end they found that problem."