Virgin Racing has partnered with renewable energy and technology company Envision, which is also now the majority owner of the Formula E team

The news was revealed ahead of Saturday's Paris E-Prix, where Virgin Group founder Richard Branson is expected to visit the electric championship.

Envision is "the second largest wind turbine manufacturer in China and the seventh largest in the world", according an official statement, and is based in Shanghai.

It is heavily involved in finding global energy applications for the Internet of Things and also develops technology for smart city ecosystems.

"This new venture forms the next chapter in our long-term vision for the Formula E team," said Branson.

"Since the team's inception, it has always focused on collaborating with like-minded ambitious brands, particularly those connected to the renewable energy sector, sustainability and electric vehicles.

"Envision and Virgin share the same vision for the future, using innovation to positively impact lives, and with their support I believe the team can continue to lead the way in Formula E." 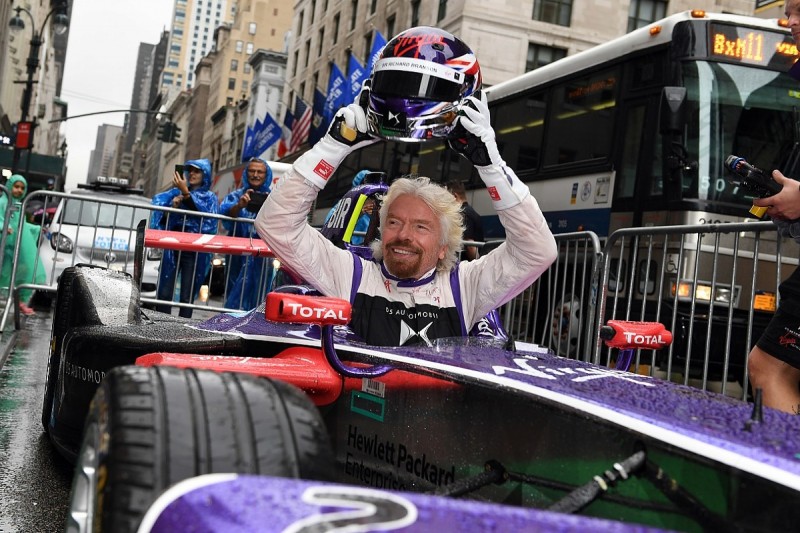 Lei Zhang, the founder and CEO of Envision, said: "The electrification of the transportation system means that the future of the energy and mobility sectors are intertwined.

"Electric vehicles, once integrated in the wider energy ecosystem, will be instrumental to enable the renewable energy transition.

"Envision and DS Virgin Racing share an ambition to accelerate the energy transition, where everyone has access to clean, secure and affordable energy, with this investment we will work with the DS Virgin Racing team to create the future of clean e-mobility."

The Virgin squad, which currently uses DS power but is expected to become a customer team with another FE manufacturer next season, recently finished moving its operations division to a new facility at Silverstone Park - where its cars, workshop race bays, spare parts and engineering offices are now based.

Virgin began the move ahead of the start of the current season, while its commercial headquarters continue to be based in London.

"Today's announcement solidifies what we've always stated about the team which is our intent to win, and our desire to power innovation both on and off the track.

"With Envision we can help power innovation within the energy transition in which we are all engaged.

"Together with Envision we will showcase thought leadership and developing technologies, which will power this transition and the future of transportation.

"Our racing team just became stronger with the addition of Envision and our purpose became more tangible."

Virgin is currently second in the 2017/18 FE teams' championship, while its drivers Sam Bird - who won last time out in Rome - and Alex Lynn sit second and 13th in the drivers' standings.