The DS Techeetah driver maintained his second place on the grid as he sat behind Envision Virgin Racing rookie and two-time polesitter Cassidy for the bulk of the 38-lap race.

But on lap 30 he dived for position into the Turn 10 right-hander hairpin where the two cars banged wheels as Vergne ran out of steering lock at the apex.

That allowed Maximilian Gunther to slip through for his third Formula E victory, scoring an effective home win for the Andretti Autosport race team that runs in partnership with BMW. Vergne recovered from the delay to keep second ahead of Audi driver Lucas di Grassi but admitted he came away from the race “disappointed”.

He said: “I'm happy to be disappointed with second. It shows that it's not been a bad day, when you're in this position.”

Vergne held a 1% energy advantage over Cassidy for much of their battle, recovering a 1.5s deficit in his bid for victory as his Kiwi rival then began to struggle with understeer before dropping to fourth.

Asked about the scruffy attempted pass, Vergne continued: “With it not being easy to overtake, I needed to make a move. I had more energy than him, I had more pace and he was getting a little bit slow.

“I had to go for it. Our car then touched a bit and I could not rotate mine. I lost a position so it's a shame. But, as I said, it's a good thing to be sad with second place.” 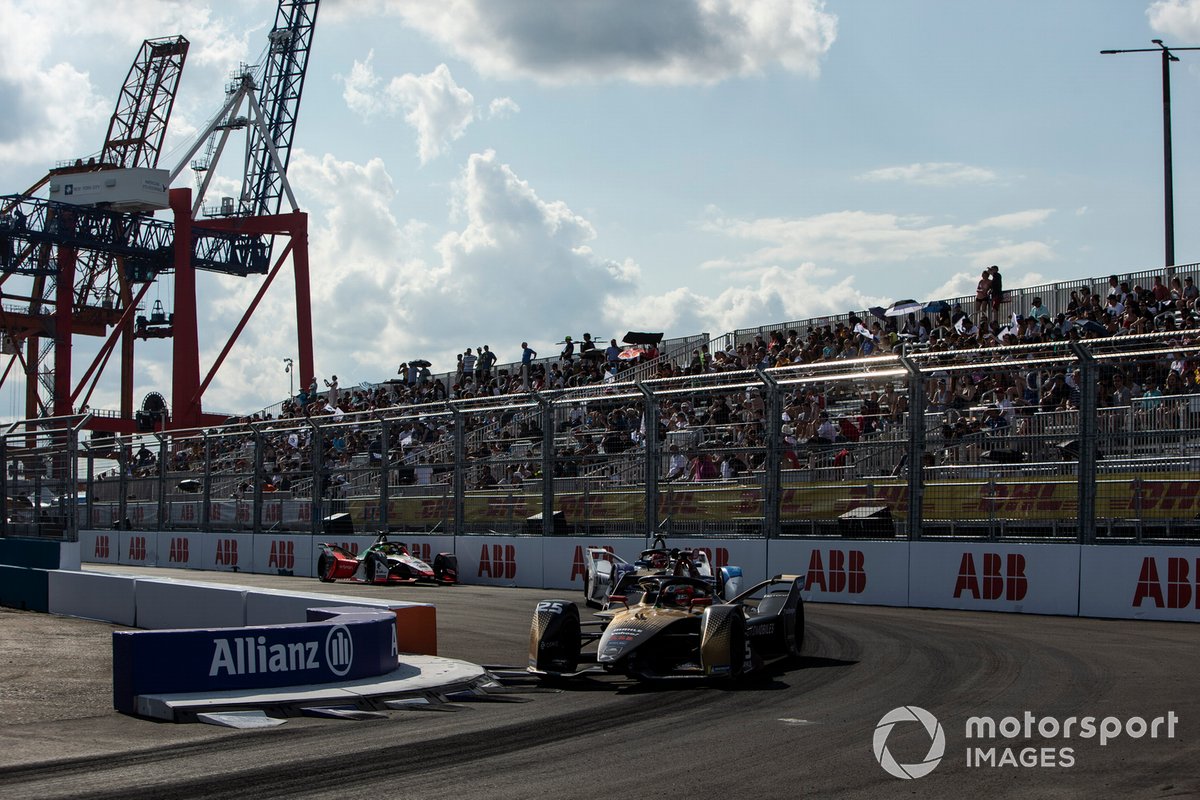 The result follows Vergne’s victory in the opening Rome E-Prix back in April, with the two-time champion adding that his DS E-Tense FE21 car was more adept on the bumpier and more staccato nature of a typical Formula E track after visits to the smoother Valencia, Monaco and Puebla venues.

“I think it's fair to say that Puebla or Valencia doesn't really fit our car,” he said. “This kind of track is obviously better for our one, which is a good thing for London.

“London [the next round] is going to be like that. Very stop and go.”

Vergne had sought a move for position earlier in the lap when he activated his fanboost on the exit of Turn 4 but was unable to reel in Cassidy.

Asked whether he then felt a move at Turn 10 was necessary if he was to score victory, Vergne replied: “Maybe I could have used the fanboost somewhere else. But with ‘if’ I can win a lot of races.”