Two separate 'traffic jams' caused Alex Lynn and Pascal Wehrlein’s New York City race to fall apart prior to the pair colliding, for which the Porsche driver has accepted responsibility.

Mahindra Racing driver Lynn, third on the grid, made an immediate dive for position on second-starting Jean-Eric Vergne into Turn 1 but ran wide after struggling with front locking.

This forced the Briton to burn too much energy as he fell to fifth, which left him to dive for attack mode to fend off the overcut from Audi racer Lucas di Grassi and Wehrlein.

But with right of way given to drivers on the racing line, Lynn was forced to hit the brakes as he rejoined the track from the attack mode activation gate to avoid hitting Wehrlein.

Asked to explain the avoiding action, Lynn said: “I wasn't sure what happened.

“Sims explained that they were sort of jockeying.

“Then when I came out, we know that they have priority. I didn’t want to have a collision.

“Then it just was very awkward. It was a little bit of a traffic jam.” 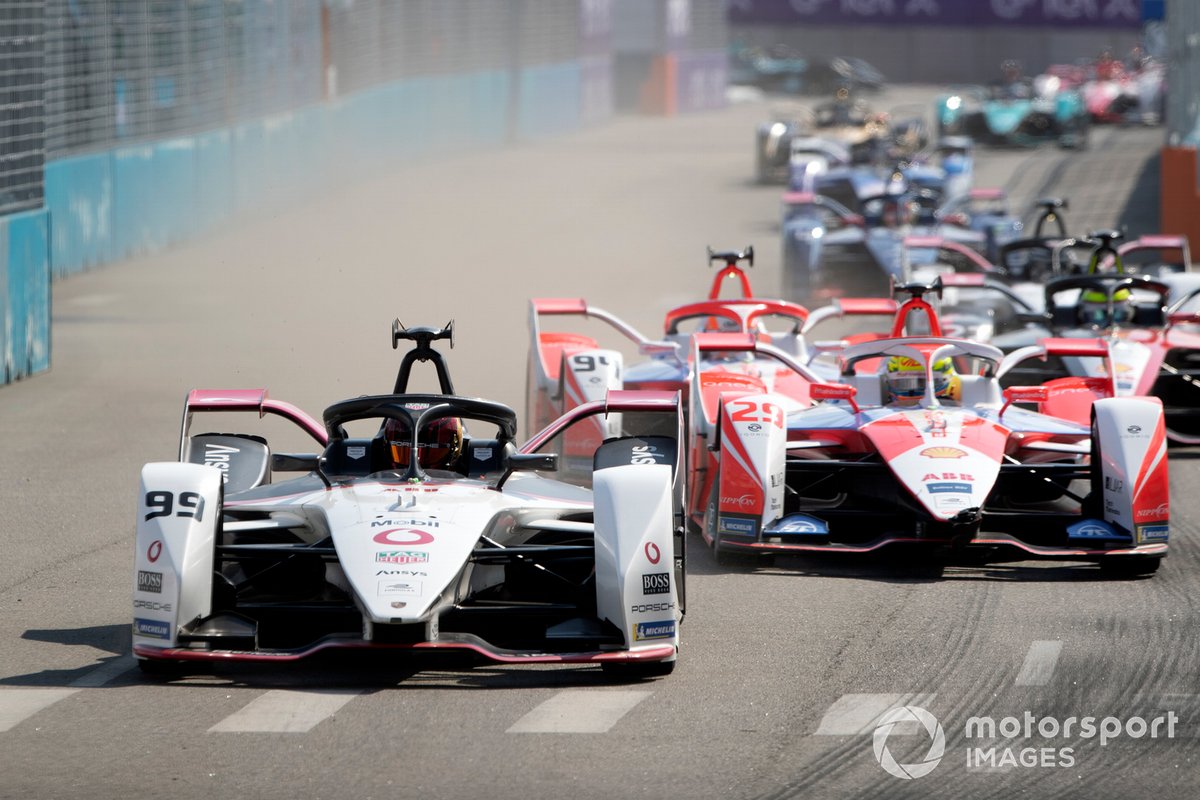 This allowed both cars to complete the overcut, “which is what we trying to avoid".

Lynn eventually fell to 11th, having lost one position to the Nissan e.dams of Oliver Rowland when he recovered following a spin at Turn 11 on lap 10 following a tag from Wehrlein.

He blamed spinning the wheels to straighten the car as having cost him more energy.

Wehrlein had ran into the back of Lynn on the approach to the hairpin, with the disqualified Puebla E-Prix victor braking later into the corner as he moved off-line for attack mode.

While the German took full responsibility for the collision, he reckoned Lynn had been left at risk by a “traffic jam” despite Wehrlein attempting to brake even earlier prior to his lock up.

Wehrlein told Autosport: "I had the incident then with Alex, which was obviously my fault.

“I wanted to go and take the attack mode. I just had a look in the data, I braked even earlier than on my first attack mode.

“There were like three, four cars ahead. Always, the last one is a bit in of a traffic jam, backed up and so I couldn't avoid Lynn.

“I tried to brake really hard until I locked my tyres.”

Wehrlein was not penalised for the incident but retired soon after with suspension damage.