Stoffel Vandoorne says the crashes in the London E-Prix made “bumper cars” Formula E look “quite amateur” while he feels “bloody hurt” after being wiped out of the race lead.

The Belgian, who Mercedes motorsport boss Toto Wolff reckons “deserves to be in Formula 1" amid links to a Williams seat in 2022, snared pole at the ExCeL on Sunday and had earned an early control over the race.

But Vandoorne lost the lead after Lucas di Grassi controversially drove through the pitlane during a safety car period and climbed seven places to emerge in first place.

Vandoorne admitted he was a “little bit confused” when he saw the Audi released in front of him but had assumed the car to be a lap down.

The Mercedes Formula E racer was later knocked out of second place - which would have been the victory after di Grassi was black-flagged for not serving a penalty - after a sizeable hit from Nissan e.dams driver Oliver Rowland at the Turn 10 hairpin.

Rowland, who acknowledged his brake lock up was “completely my fault”, had blamed di Grassi for giving Vandoorne limited options to change his line through the tight corner.

But Vandoorne disputed di Grassi’s role in the shunt and instead explained to Autosport his emotional pain after losing the anticipated win.

He now sits just 13th in the standings ahead of the double-header Berlin season finale in August.

He said: “[I feel] pretty shit, to be honest. I just can't hide it. It just really bloody hurt.

“You're leading the race, everything under control.

“But then obviously the story with di Grassi was a little bit confusing at first but to be fair, that doesn't really influence what happened - the incident with Ollie.

“I've spoken with Ollie, and he takes the blame fully. He said he was out of control.

“He never would have made the corner and completely locked up the brakes.

“I was flying today. I could pull the gaps when I had to take attack modes. Everything was under control. It's massively frustrating. There's no one in the team that we can blame. We showed today that I was the quickest guy on the track.” 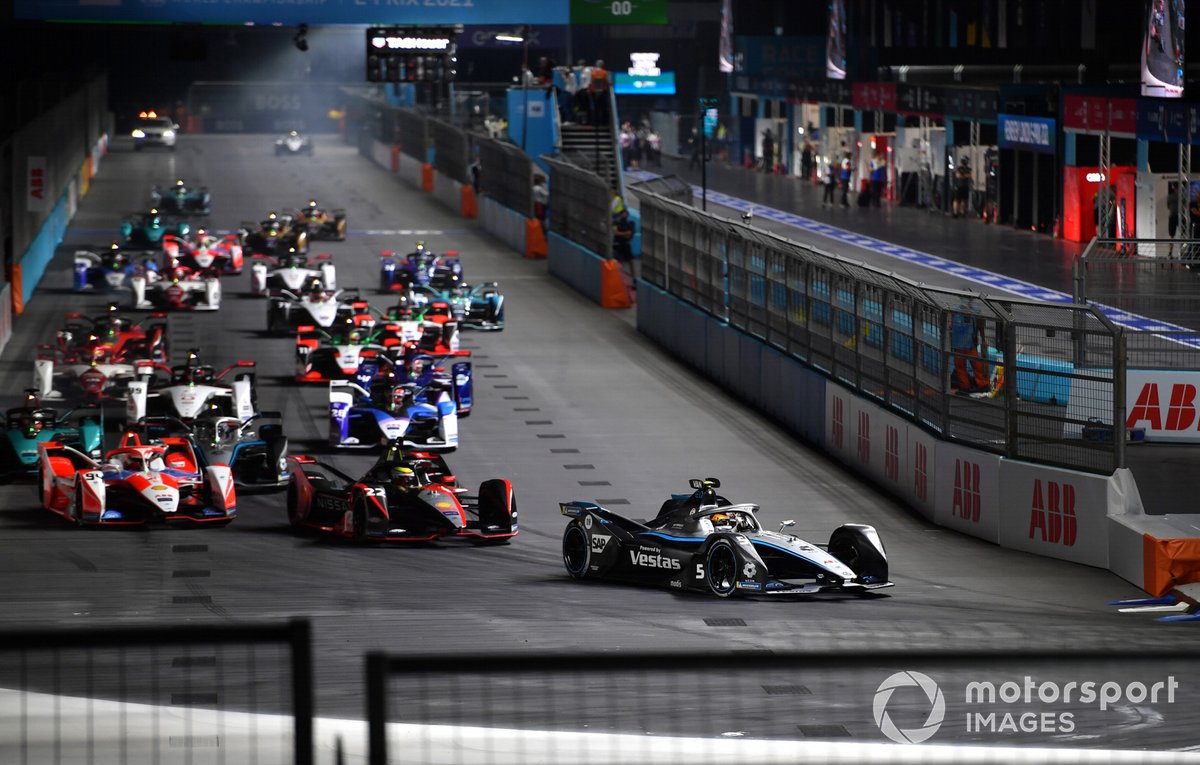 Vandoorne was initially spun and after selecting reverse, he resumed in 16th.

He climbed to 12th at the flag, helped in part by the late crash at the Turn 10 hairpin that eliminated under pressure Venturi Racing driver Norman Nato and pre-event points leader Sam Bird.

Vandoorne was eventually classified 15th after copping a five-second penalty for passing under yellow flag conditions but took aim at the driving standards after the track was strewn in bodywork following a spate of late crashes.

This, Vandoorne reckoned, made the series looked “quite amateur” after a round of “bumper cars”.

He told Autosport: “It felt quite amateur out there, seeing all the bodywork left, right, centre, everywhere.

"It felt more like bumper cars than anything else.”