Rene Rast and Sebastien Buemi disagree over who was to blame for the Formula E clash that wrecked both their races in the second London E-Prix.

Nissan driver Buemi was battling with Rast for 11th position when he made a lunge into the tricky Turn 10 hairpin, bumping into the right-rear side of the Audi.

A second touch followed as they took the apex nearly side-by-side, forcing Rast into the barriers located on the outside. The Audi driver tried to weave back but a broken steering meant he ploughed side-first into the Nissan going into Turn 11, suffering terminal damage to his own car in the process.

Buemi was able to continue without any serious damage but was later hit with a hefty 10-second stop-go penalty for the collision, along with three penalty points on his license. That dropped him to 13th at the flag, leaving him with a 10th no-score of 2021 in 13 races.

Rast feels the 2015-16 champion owed him an apology after the race, saying his actions were "not understandable" of a professional driver of his stature.

"He apologised after New York, I think he has to apologise again," Rast told Autosport.

"Two times he misjudged basically the situation. In New York he misjudged it. The cars in front of me were decelerating and he didn't.

"Today, I very early indicated to him what I was going to do. I went to the right side very, very early. He somehow followed me and just braked late and drove into me for no reason very early in the race. For me, it's not understandable and for a professional driver I don't know what he did."

Buemi felt that while he was responsible for the initial contact between the two drivers, he shouldn't be blamed for the subsequent hit that set off a chain of events that ultimately led to Rast's retirement.

"I touched him under braking, that's clear," he explained to Autosport. 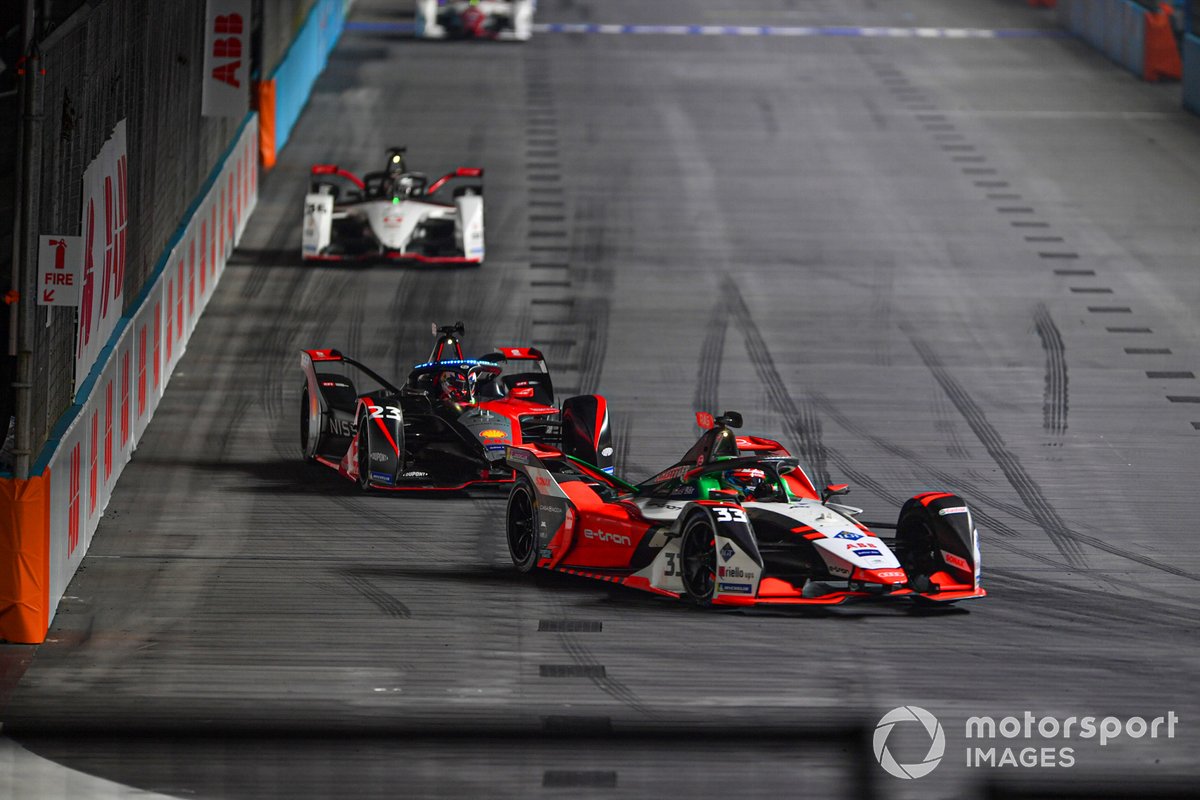 "But I don't think I destroyed his race by touching him [the second time] into Turn 10. As far as I can remember by then we were more or less side-by-side and I felt like he went to the wall on the left twice before also.

"Of course he stopped there so I understand why they gave me a harsh penalty. I touched him under braking but I'm not sure I destroyed his race at that point."

The slow Turn 10 right-hander was the scene of the majority of the incidents and overtakes in the two races, as it was followed by another tricky hairpin before the cars headed towards the indoor section of the ExCeL stadium.

Asked if he felt the FIA should change the layout of the corner in time for next season's event, currently scheduled for 30-31 July, Rast said: "Definitely, it's too tight.

"The combination is also not good, to have two hairpins after each other, because then it's always like a traffic jam and passing is so difficult there, and it's the only opportunity where you can pass, maybe on start/finish as well.

"But we saw as well what can happen there [with Andre Lotterer pushing Antonio Felix da Costa into the pit wall and prompting a safety car] so for sure, [it's] not the best track in terms of overtaking opportunities."