The FIA will close the “loophole” that allowed Lucas di Grassi to controversially lead the London E-Prix, while the "global image issue" lies with the Audi driver failing to stop.

Audi driver di Grassi climbed from eighth into the lead when he travelled through the 50km/h limited short London ExCeL pitlane during a particularly slow safety car period.

While allowed under the rules, di Grassi did not come to a complete stop in the pitbox due to a brake lock up and so was dealt a drivethrough penalty, which was not served, before being disqualified altogether.

A similar patten emerged in Berlin last season when both Mahindra Racing cars, including London E-Prix winner Alex Lynn, gained places by hitting the pitlane during a full-course yellow.

While the rules were amended in response, the same loophole was not closed for full safety car interventions, which allowed Audi to execute its strategy that almost returned the win.

Frederic Bertrand, the FIA director of Formula E, has now told Autosport that the rule pertaining to the full safety car - Article 38.11, which reads: “the pit lane entry and exit remain open and cars are free to pit provided that they stop in front of their pit” – will now receive similar treatment.

He said: "It's true that we will have to modify again, so that we adapt and close the potential loophole which may have happened here.”

The teams lobbied the FIA to amend the rules to keep the pitlane open during a safety car, unlike in many other series, so that drivers could pit for repairs.

When pressed, Bertrand would not entertain a scenario in which di Grassi did come to a full stop and would have won the race with a strategy call that he admitted to being impressed by.

“It didn't happen in reality because they didn't do it properly,” he said.

“But in any case, we will need to react and change it also.

“I cannot say what would happen if he had [done] something right.

“For the moment, the only thing which is important is that… it did not work.

“But it could have been an interesting scene from a pure racing point of view.” 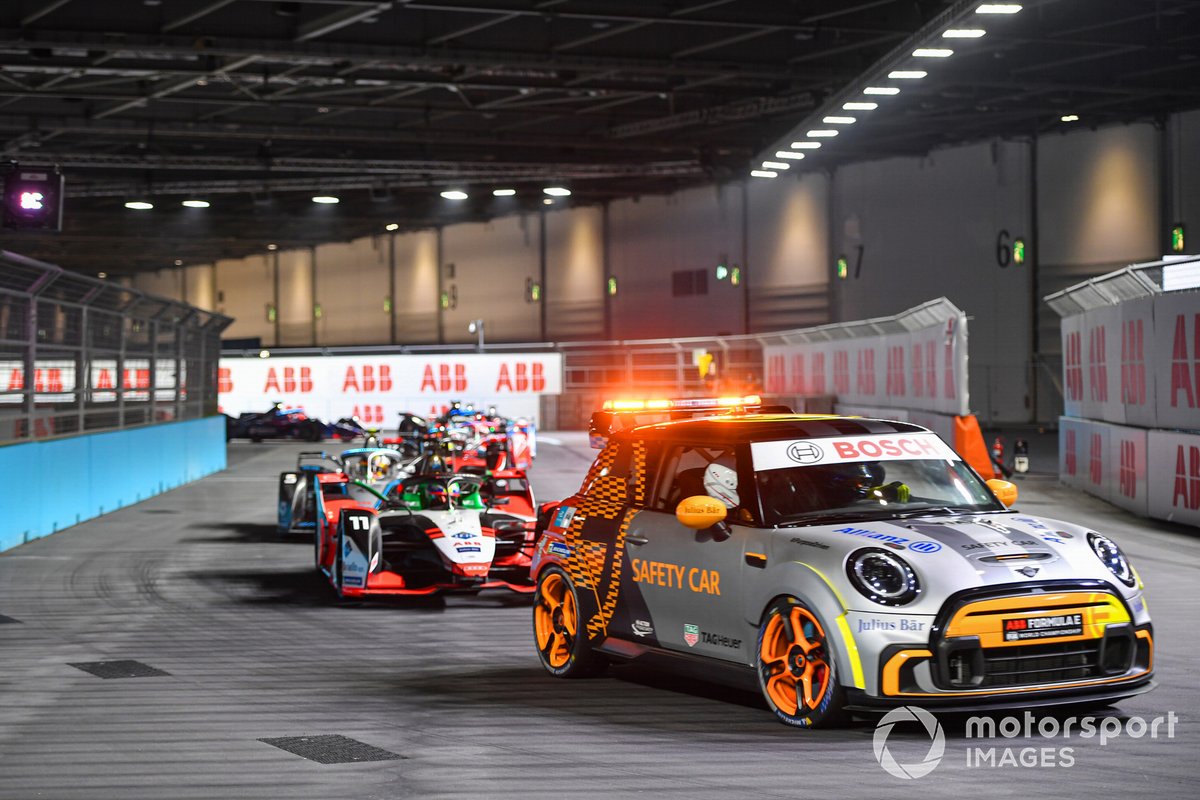 This latest controversy follows the mass retirements and slowing cars in Valencia caused by drivers exceeding their useable energy limits.

Asked by Autosport if events at the ExCeL Centre had presented Formula E with another image problem after people took to social media to poke fun at the series, Bertrand said: “That's another subject for me.

“The issue for me is right now, in terms of global image, is more there on what happened in the pitlane, which didn't happen at the end properly. For me, the case is closed on that side.

“We will make sure that we don't risk additional [moves] for the future.

“But the real issue is more on the fact that they didn't stop at the moment they had to.

“They then, for sure, led the race for a while and even went to the end as well, which shouldn't have happened at all.”