Sebastien Buemi has apologised to his Renault e.dams team for hitting the wall during Formula E's race in Punta del Este last weekend

Buemi was attempting to pass Audi's Daniel Abt as they ran through the Uruguayan circuit's high-speed Turn 13 right-hander when he went off line and touched the barriers, breaking the rear suspension on his first car.

"It was a bad day for me and I'm feeling very sorry for the team," Buemi said after retiring from the race.

"By clipping the wall I ruined our chances of a podium finish.

"We had a good enough car to achieve such a result as I was in front of [Sam] Bird who finished third."

Buemi rejoined in his second machine but retired early when no safety car appeared to close the gaps in the pack.

"At the end I had no more energy," he told Autosport.

"I could have done three or four laps more, but we would have needed a safety car.

"I'm disappointed for the team - they deserve better."

But Buemi was encouraged by his speed in Uruguay, which he felt was more impressive than he had shown at the two previous events in Santiago and Mexico City - where he finished third both times.

"I felt like I had a car that could have done better in quali than sixth, and I didn't do [it]," he said.

"I've done a better job in Santiago and Mexico, but clearly today I felt like I had the pace.

"In Mexico and Santiago I did well because things went well, but not necessarily because I had the pace - today I had the speed.

"It's a bit strange because in Mexico I didn't have the pace but I had a good result, like in Santiago.

"But then here I had the pace - so that gives me some hope for the rest of the season because today we made a few adjustments and we were quick." 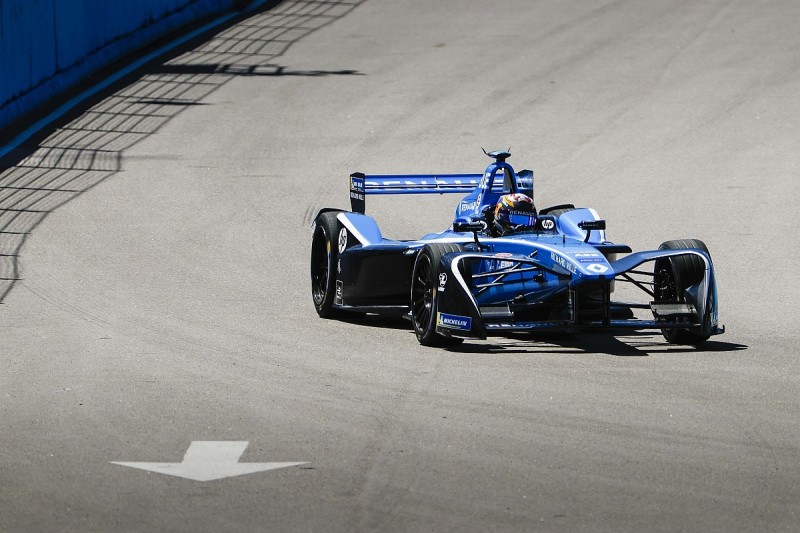