Lopez partnered Sam Bird at the Virgin-run FE team and had a mixed rookie season, finishing ninth in the championship with 65 points to fourth-placed Bird's 122.

He led Bird in the championship by 50 points to 47 before the final four races, which included the New York double-header where Bird won both legs and that Lopez missed because of his LMP1 commitments.

Lopez claimed the championship result allowed DS Virgin to replace him with Alex Lynn, who stood in for Lopez in New York and claimed pole on his debut, for the 2017/18 season.

"I was really expecting to have a place there [in FE]," he told Autosport at the WEC finale in Bahrain.

"But unfortunately it didn't work out with [team principal] Alex Tai.

"I had a three-year deal, and we had a clause that said I had to score an amount of points compared with my team-mate.

"But as I missed the two races in New York, I couldn't reach that objective. 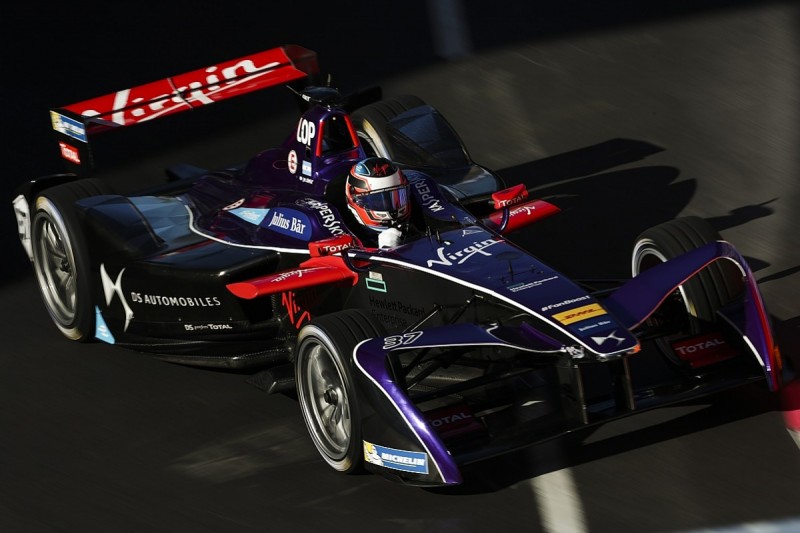 "It was not a problem of performance. I think Alex had something with another driver already, probably, and didn't want to keep me in the team.

"I was not happy about that; I didn't like the way I was treated.

"I want to drive for the pleasure, to be in places that I feel comfortable - and that was not going to be the case at Virgin."

Tai told Autosport in response to Lopez's comments: "I have, and always will have, a huge amount of respect for 'Pechito'.

"He's a driver who understandably wants to race, so I can appreciate his frustration at not continuing with the team but the decision, as it would be for any Formula E team, is always more complex than it appears on face value, with numerous factors and stakeholders involved.

"DS Virgin Racing has always focused on looking to the future and working to find and nurture new talent and that's what we saw in Alex.

"He's proven himself a star of the future who, together with Sam, aligned with the long-term ambitions of the team."

Lopez said his status as "a DS driver" did not help his cause, "especially as there is a rumour of DS going", with DS linked with current Renault customer Techeetah for 2018/19.

He contacted other teams about a possible 2017/18 drive and admitted he "thought it would be easier to find another seat".

Having been unsuccessful in securing an FE deal for the coming season, Lopez will work a full-time return for 2018/19.