FE currently has a single battery supplier, Williams Advanced Engineering, and while it will switch to a spec McLaren Advanced Technologies battery from 2018/19 it has previously indicated it would eventually open up battery development to the teams.

Renault's Vincent Gaillardot fears a development race in battery technology would still dramatically increase budgets, which are less than €20million for most teams at present.

"Since day one, it's pretty clear what this championship is," he told Autosport. "It's electrical technology, electrical mobility only, and this is where we should fight.

"To control costs, we should not really allow any freedom on all other areas.

"Every time we discuss with the FIA, the promoter and manufacturers, we put on the table all those items and try to identify if it's the right time or not to open and to compete.

"Battery development on its own is quite expensive, mainly for the homologation side, because you have to perform crash tests.

"The number of samples you have to build and the time to do the homologation is just massive.

"It is a big cost and I'm not even talking about cell development.

"Compared to the actual development budget, it is nearly double." 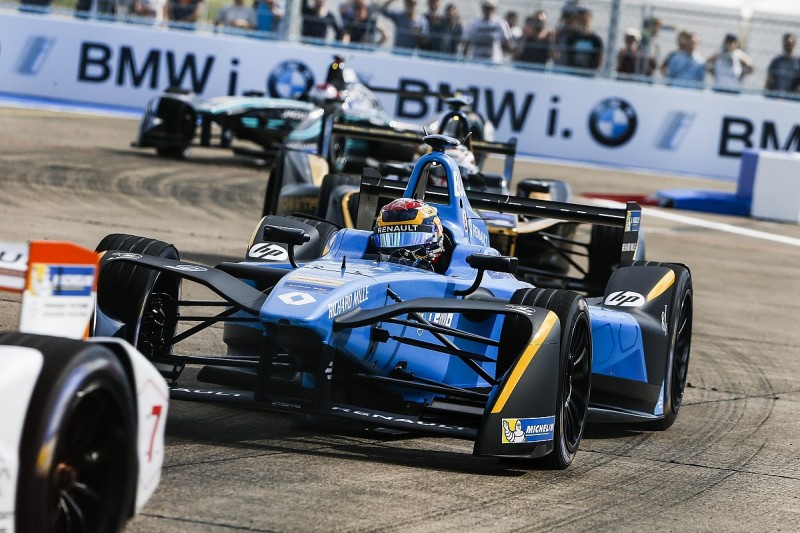 FE already has several manufacturer entries and they will be joined by BMW, Mercedes and Porsche in the next two years - with Porsche canning its LMP1 project to join the electric series and known to be keen on road-relevant technologies.

Renault will be replaced by its 'strategic partner' Nissan in FE from next season, and the investment it has made in staff and technology is expected to carry over.

"There are still not so many companies which have those technologies," said Gaillardot.

"We have some experience here, Audi could have some from WEC, but some competitors do not have this experience.

"It could create some sort of imbalance, and we know the costs.

"We want to open battery competition because this is part of the electrical mobility but we need to take care of the championship."

Jaguar joined FE for the 2016/17 season and signed a major title sponsorship deal with Japanese giant Panasonic, which is understood to be keen to explore battery technology.

But Jaguar FE team director James Barclay believes securing the health of the series is more important than a dramatic technological step.

"If we open too much technology too soon it could be a really damaging thing for this championship," he told Autosport.

"Having a fixed battery for everyone is not a negative at all, we have plenty to go at from a development point of view, plenty of area of differentiation.

"What we would rather have is a championship with 10 healthy teams, 12 healthy teams in the future, that can really compete closely, and have a great formula."