Mitch Evans captured a thrilling victory at the Jakarta E-Prix with a tremendous move on Jean-Eric Vergne, keeping him at bay for his third Formula E win of the year.

Evans broke the DS Techeetah stranglehold on the top two positions early on, helped by Antonio Felix da Costa's heavy lock-up on lap 4 - with the Portuguese driver's engineer telling him to adjust his brake balance afterwards.

This brought Evans into a battle with Vergne for victory, and the two traded places as they took their attack move activations, with Edoardo Mortara also in the mix as the Venturi driver elected to go later with his own doses of 250kW power.

As Evans tried to reel in Vergne, the Kiwi duly went longer with his second attack mode allocation and picked it up on the 25th lap, giving him the impetus to charge forwards.

Once Evans' attack mode had elapsed, he was within half a second of Vergne and continued to put pressure on the Frenchman, inching ever closer to his rear bumper.

The Jaguar driver then made an audacious move on Vergne on lap 32, lifting off later than his rival into Turn 7 and diving down the inside from seemingly nowhere, successfully emerging from the corner with the lead.

Evans then began to build a lead, but had to slow down in deference to both the 90-seconds added time tacked on after an early safety car - brought out for Oliver Rowland's missing wheel as the Mahindra driver retired on lap 2 - and his own ailing rear tyres.

This brought Vergne and Mortara into play for the lead, with the two-time champion arguably using his fanboost too early to try and leave Evans in his wake. 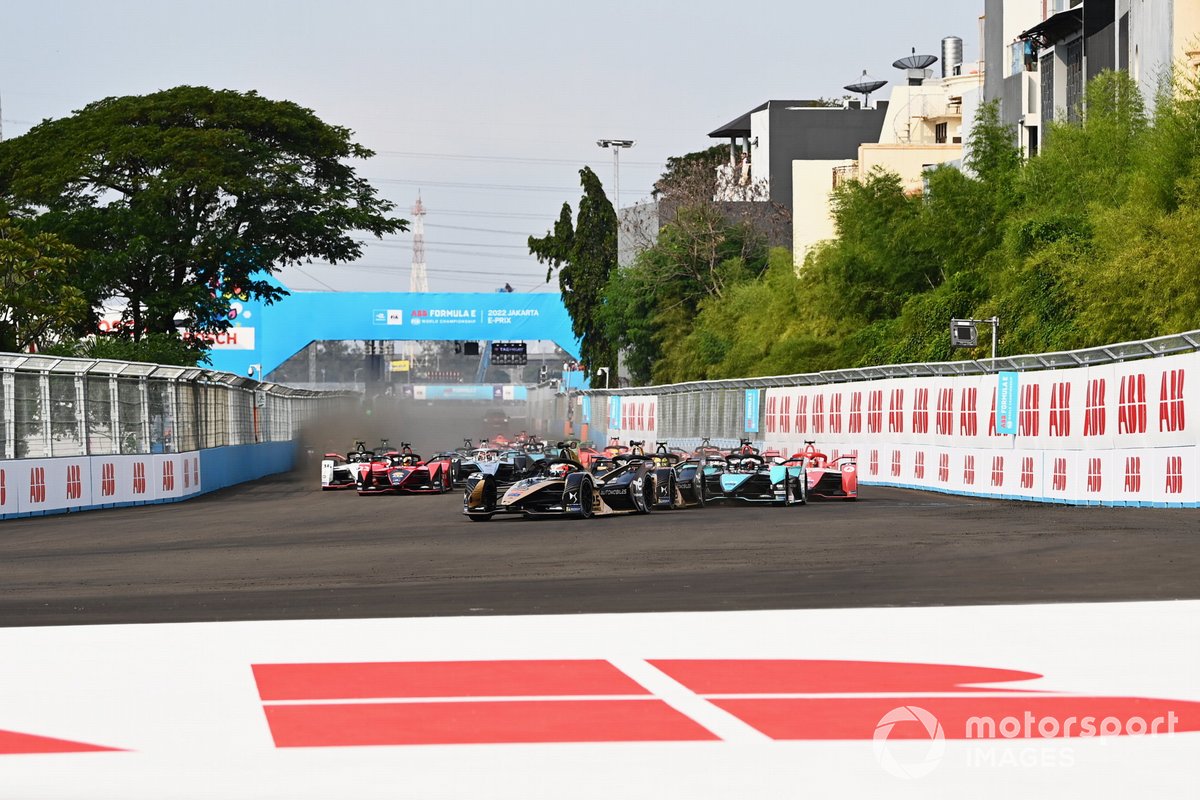 But Evans crucially held on from that half-hearted assault, and absorbed late pressure from Vergne - whose energy consumption was worse off and eventually had to relent in the final corners.

Mortara hustled Vergne until the very end, largely matching Evans for energy, but wasn't able to get his lines right to shuffle the Techeetah driver out of the way.

Following on from his late attack mode strategies in Berlin, Mortara took a similar approach in Jakarta, despite many of the attack modes coming early while batteries were cooler to retain efficiency.

Although Mortara's final attack mode meant he lost a position to da Costa, he soon repassed the Season 6 champion to bring himself into victory contention - and ultimately slash his points disadvantage to championship leader Stoffel Vandoorne.

Da Costa thus missed out on the podium, over two seconds down the road from Mortara, as Vandoorne battled with him for fourth place.

Vandoorne had made his life more difficult with his second attack mode activation, where he failed to hit the timing loops and thus had to take the lesser-travelled line once more on the following lap.

He was nonetheless able to benefit from Jake Dennis ahead taking his second attack mode, and then put a move on Pascal Wehrlein to bring himself into fifth place.

Dennis collected sixth having been embroiled in multiple battles with the cars around him, and was only 0.6s shy of Vandoorne at the finish line. 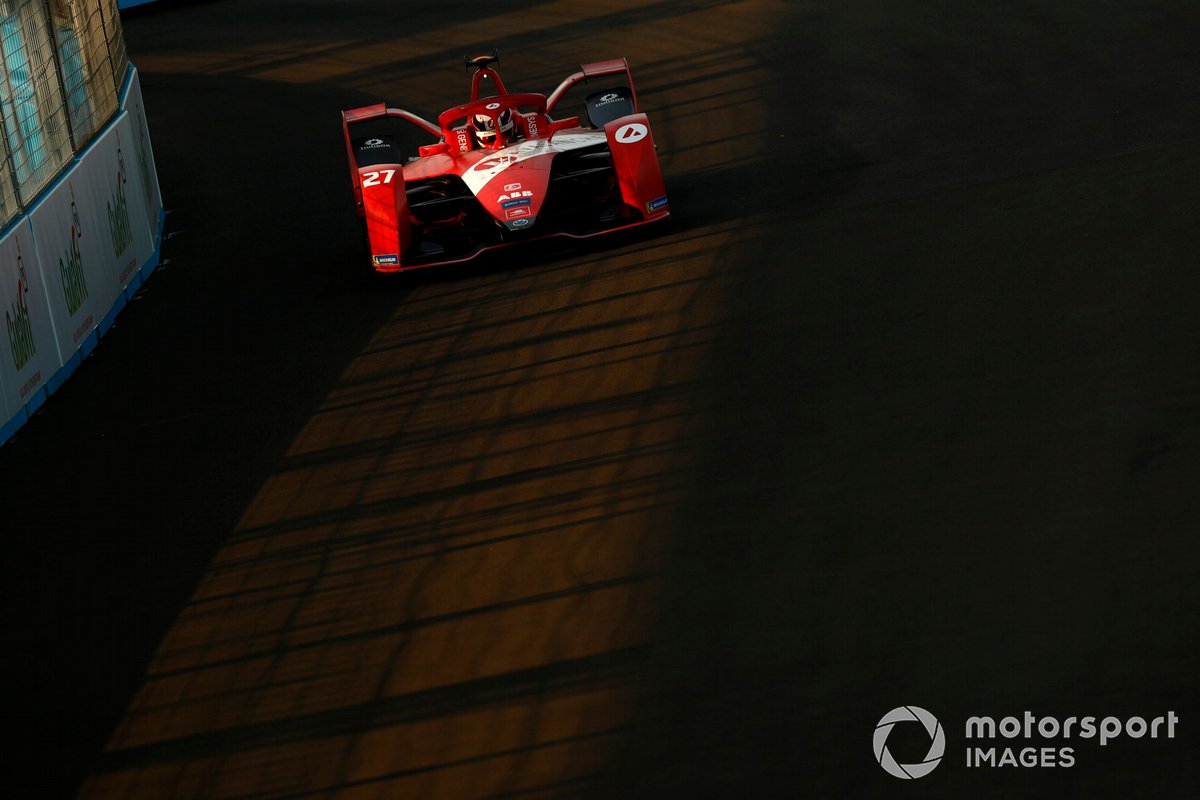 Lucas di Grassi collected more points for Venturi with seventh place, also on the back of the da Costa train, with Wehrlein three seconds adrift in eighth place.

Wehrlein had initially started brightly to recover from a five-place grid penalty, but lacked the legs in the final half of the race and dropped positions to both Dennis and di Grassi.

Sam Bird was promoted to ninth after Andre Lotterer was handed a five-second penalty for contact with Nyck de Vries, which sent the Dutch driver out of the race with a puncture to his left rear tyre.

Sebastien Buemi was thus elevated to 10th, after the Nissan driver had made his first duels appearance earlier in the weekend.