DS Techeetah boss Mark Preston reckons it 'could only be a good thing' for his squad to supply a customer team should another Stellantis marque enter Formula E.

Preston was the founder and technical director of the Super Aguri Formula 1 squad, which ran with customer Honda engines throughout its three seasons in the championship.

He then led the Team Aguri entry into Formula E, staying on as team principal when it was bought out by Chinese firm SECA ahead of the 2016-17 season.

For the next two years, Techeetah ran with a customer powertrain from Renault - with Jean-Eric Vergne winning the 2017-18 drivers’ title as the team finished runner-up to Audi.

When asked by Autosport whether Techeetah, now partnered with automotive manufacturer DS Automobiles, could go full circle and come to supply another team, Preston said: “In season three and four, we were lucky enough to do a good deal with Renault, so we had a lot of support.

“That was part of the reason that we were obviously successful in that season.

“I’ve been with a customer team a number of times, including in F1.

“Certainly, it pushes the main team even harder.

“It could only be good by pushing us harder if we ended up with a customer team.” 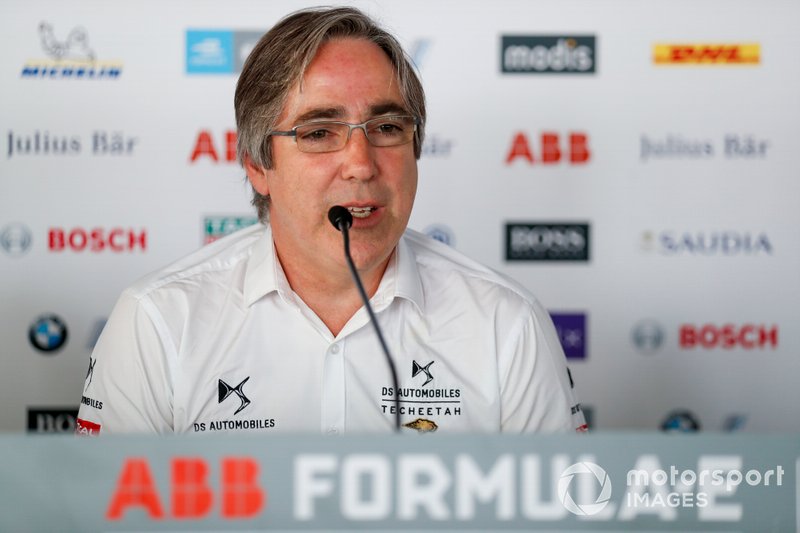 This comes alongside speculation that another member of the newly formed Stellantis automotive group - namely Alfa Romeo or Maserati - could join Formula E alongside the two-time teams’ champion and run as its powertrain customer.

“You could imagine whether it's another brand within their group or an independent customer team, there is scope for them to apply that powertrain to another participant.”

This follows the FIA collaborating with Formula E teams to clarify “grey areas” concerning the customer model that will be used by the series for the forthcoming Gen3 regulations.

When the new rules are brought in for the 2022-23 season, powertrain manufacturers must provide the same software upgrades to both their works and customers teams at each race.

Previously, periodic updates have come at the manufacturer’s discretion - although Audi is known to have given its customer team Envision Virgin Racing the latest software.

When asked by Autosport about the updates to the Gen3 regulations, Susie Wolff – team principal of Mercedes customer outfit Venturi Racing – said: “It’s very much a balancing act because we need to get a system in place that allows customer teams to compete.

“That’s paramount to the health of the championship long-term, particularly as we’ve lost two manufacturers [Audi and BMW].

“It was certainly an area that needed work on because there were too many grey areas, which were open to interpretation within the regulations.

“We always had a good relationship with our supplier, that was never really an issue, but for us it’s cleared up a lot of those grey areas.”