Formula E has unveiled an adapted version of the Formula 1 Monaco circuit to be used next month as the championship makes its debut on the full layout.

Changes to the conventional grand prix route are marked by a wider run through the first turn at Sainte Devote after a change to the positioning of the inside kerb.

This revision - created by Formula E, the FIA and the Automobile Club de Monaco - means the facelifted layout follows the route used for the inaugural 1929 grand prix.

The chicane at the exit of the tunnel, set by Turns 9 to 11, has also been reprofiled to create a lap that is only five metres shorter than the full Formula 1 track.

Formula E co-founder and chief championship officer Alberto Longo said: "To see Formula E race around the longer version of the most historic racing circuit in the world will mark another great milestone for Formula E.

“In many ways, this circuit is made for Formula E - it’s a fast and narrow street circuit, which will see plenty of opportunities for overtaking and will really test driver’s energy management with sharp inclines and high-speed sections.” 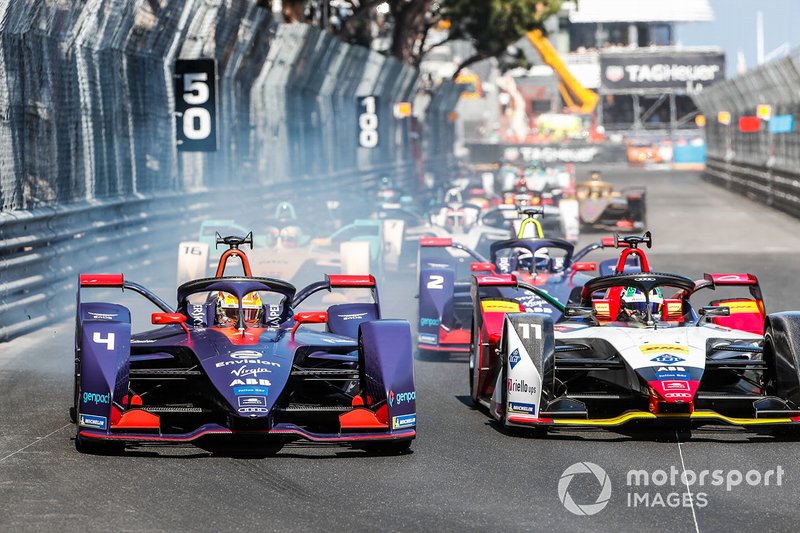 FIA president Jean Todt has been vocal that the Formula E circuit in Monaco should not be identical to the Formula 1 layout in a bid to avoid direct comparison.

He added: "I’m glad to see the FIA Formula E World Championship back in the Principality.

“It is in the series’ DNA to compete on streets circuits and Monaco is one of the most iconic tracks in the world.

“This discipline has its own identity, that’s why, together with Formula E and the ACM, we’ve designed a bespoke layout which suits its particularities."

As a consequence of the pandemic, the Monaco Historic Grand Prix, the E-Prix and Formula 1 events will take place within five weekends of one another.

Previously the Historic GP and Formula E meetings have alternated on a bi-annual basis.

ACM general commissioner Christian Tornatore said: "Organising three races in the space of one month will be a premiere for us all at ACM.

"The logistical side was complex, but not impossible to manage!

"Because of the new constraints, we shall need to start setting up the track earlier than usual, at the end of February, instead of 15 March.

"We will then integrate the technical aspects, on and around the track, required by every category that will be involved."