Ex-Formula 1 driver Esteban Gutierrez will join the Techeetah team for the rest of the Formula E season, the Renault-powered outfit has confirmed

After losing his Haas F1 drive to Kevin Magnussen, it was announced in January that Gutierrez would make his Formula E debut in his home event in Mexico City for an unspecified team.

The 2010 GP3 champion was close to signing a deal to join Faraday Future Dragon Racing before finally agreeing terms to partner Jean-Eric Vergne at Techeetah, as first reported by Autosport.

Gutierrez replaces Ma Qing Hua, who has failed to score a point in seven Formula E starts, although the Chinese driver is being retained as an official reserve. 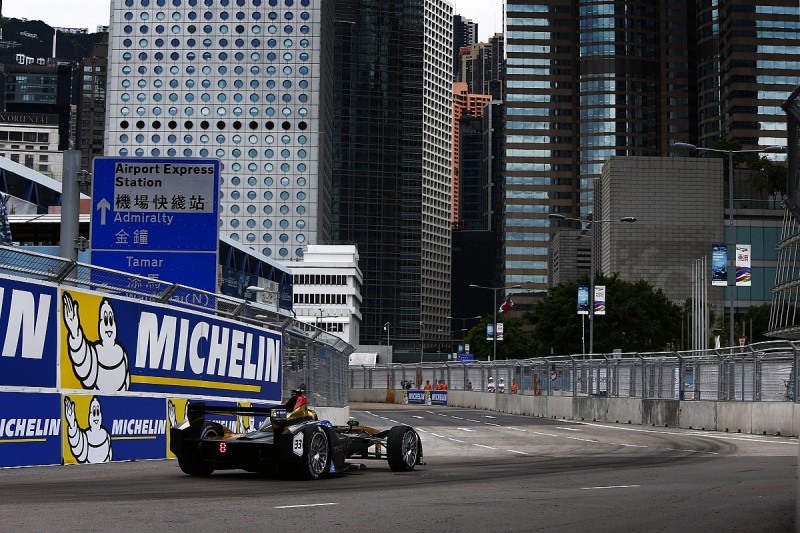 "After four years of an incredible experience in F1, I'm now taking a step forward into the future of motorsports.

"I am especially excited about my debut race at the Mexico City ePrix.

"Hopefully I can put on a good show for the passionate home fans."

Gutierrez will contest the remaining nine races of season three for Techeetah, ahead of what is expected to be a full Formula E assault in 2017/18.

"With the passionate Mexican fans awaiting us in the stadium section, the Techeetah team is highly motivated with its new driver line-up," managing director Ivan Yim said.

"This is a challenging series for drivers with its compressed one-day format, but with stability in the team, we're ready to take this next step to further build the Techeetah team in its first season."

After taking over the Aguri squad, Techeetah is fifth in the teams' standings, boosted by Vergne's second-place finish in the most recent round in Buenos Aires.