DS Techeetah will propose a team orders protocol ahead of the first 2021 Berlin E-Prix after Jean-Eric Vergne led reigning champion Antonio Felix da Costa for a 1-2 in qualifying.

Both double title winner Vergne, 12th in the points, and team-mate da Costa in fifth, remain in mathematical conventional for the crown ahead of the finale double-header round.

In their first year as team-mates last season, there were notable flash points as they held each other up on track at a cost of places in Santiago and Mexico City.

Team principal Mark Preston has confirmed that the DS Techeetah duo will be brought together ahead of the Saturday race at Tempelhof Airport to devise ‘loose’ team orders.

When asked by Autosport whether the team would step in, Preston said: “Of course.  In the previous years, we were leading the championship when we came here.

“Then, it was more that we arrived knowing what we had to do.

“We've been ahead in the past but now we're behind [fourth in the teams’ standings] so today has got to be a consolidation to get as many points as possible between the two.

“This is so that tomorrow one of them has the chance to win the drivers' [title]. We have to still deliver in the race and that's how you can win a championship. But still things go wrong.” 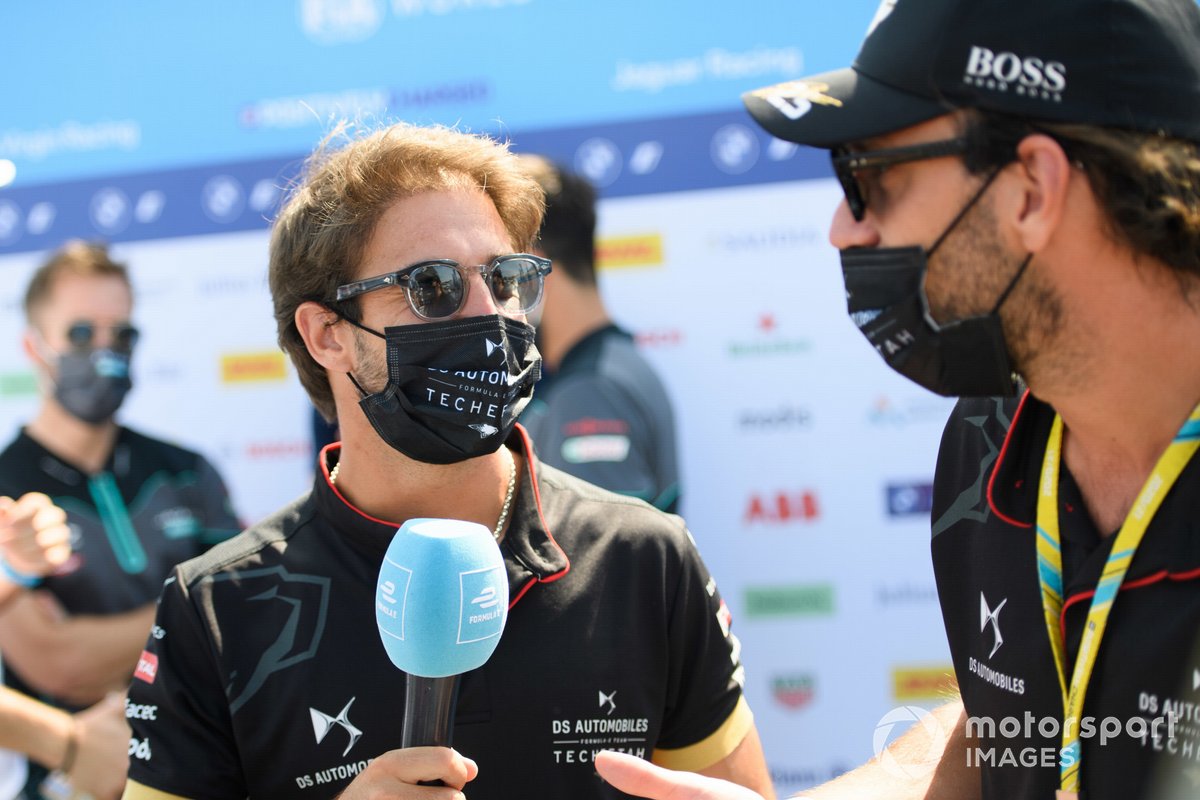 Asked whether DS Techeetah would impose orders based on qualifying order, in Vergne’s favour, or in championship order, to the benefit of da Costa, Preston said the plan would be kept deliberately loose to fit around alternative attack mode strategies to stave off the threat from third-starting Audi driver Lucas di Grassi and the Venturi Racing cars.

He told Autosport: "We've got lots and lots of different parameters that are going on behind the scenes.

“The attack mode obviously always mixes things up. So we may have our plan but as soon as you meet the enemy, that's when they go out the window.

“We'll have a plan but then when we actually go into battle, it'll be different, I'm sure.

“We'll just have to react with the race. The guys know we have to get the most points we can.”

Da Costa’s unexpected climb out of the unfavoured group one qualifying run came despite the Portuguese having reported major issues during the first practice session on Friday night.

He ran to the 10th fastest time, running 0.128s off the pace while Vergne ranked in fifth.

Autosport understands that these problems are a direct consequence of his race-ending collision with Andre Lotterer in the second London E-Prix race last time out.

A crack was identified in his brake disc, leading to a hasty replacement in Berlin but then the new set in free practice were operating at a massively reduced temperature.