BMW has become the second major manufacturer to announce it will leave Formula E at the end of the 2020-21 season, following Audi's confirmation earlier this week

The German manufacturer made the announcement one day after completing pre-season testing ahead of the new season, where Maximilian Guenther topped the test for BMW Andretti on the final day in Valencia.

In a brief statement, BMW confirmed it will withdraw from the series at the end of the upcoming season having "essentially exhausted the opportunities" to develop its technologies within Formula E.

BMW joined FE as a full manufacturer entry for the 2018-19 season, winning on its first official appearance with Antonio Felix da Costa in Diriyah and finishing fifth in the standings.

It added three more wins with Guenther and Alexander Sims in 2019-20, retaining its fifth place in the standings.

Guenther will be joined in the team this season by Jake Dennis following Sims' departure for Mahindra.

The marque's FE exit follows its withdrawal from the World Endurance Championship after the 2019 'Superseason', while it is not expected to provide works support to teams in the revamped GT3-based DTM. 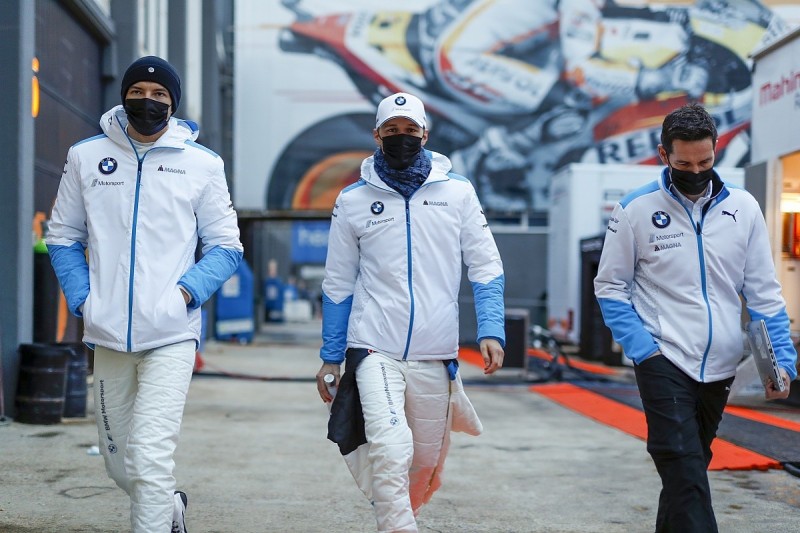 A team statement read: "Our journey in Formula E is hitting the home stretch. After seven successful years, BMW Group will end its involvement in the series at the end of the coming season.

"As a partner from the word go, BMW has been instrumental in the success story of Formula E.

"However, when it comes to the development of e-drivetrains, BMW Group has essentially exhausted the opportunities for this form of technology transfer in the competitive environment of Formula E.

"As the strategic focus of BMW Group is shifting within the field of e-mobility, we will now concentrate on a model offensive and series production in large quantities with the fifth generation BMW E-drives."

BMW has underlined its plan to provide a full factory effort for the entire 2020-2021 FE campaign before devoting resources to any new projects.

"Even though we are leaving, our sporting ambitions remain unbroken," the statement added.

BMW's withdrawal comes two days after Audi also confirmed it will leave FE at the end of the season, as it prepares to switch focus with a new LMDh programme in addition to a 2022 Dakar Rally assault.

Volkswagen has announced it will withdraw all of its factory motorsport programmes, including the Pikes Peak and Nurburgring electric record-holding I.DR as part of a "realignment" within the company.

What we learned from Formula E's Valencia test