That left him 0.102 seconds clear of the rest of the field, handing him an additional four points having twice finished outside the top 10 at the previous Red Bull Ring round.

Fellow ART driver Nikita Mazepin, who collided with Hubert in Austria and knocked both out of the top 10, was one of the only frontrunners to improve with his last flying lap in qualifying, the Russian jumping into second ahead of Giuliano Alesi.

Trident driver Alesi topped Friday's earlier practice session, and scored his best qualifying result of the year at the same track at which he took his first GP3 win 12 months ago.

Red Bull Ring polesitter and feature race winner Ilott was unable to improve on his final run and took fourth, having topped the session earlier.

The championship leader headed early pacesetter Ryan Tveter, in the second Trident-run car, who beat his team-mate Alessio Lorandi by 0.001s into fifth. 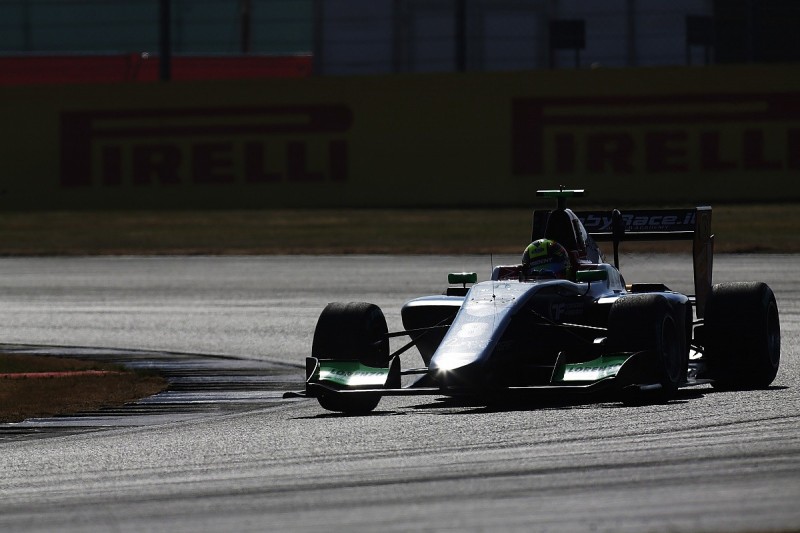 Lorandi, driving with a steel plate in his shoulder because of a broken collarbone, lost one of his late chances to improve to a moment at Copse, although the correction to prevent a spin entertained the watching crowd.

Dorian Boccolacci's last had put him him in the top five, but he was bumped back by Tveter and Lorandi and will instead start the feature race from seventh, ahead of the final ART-run car of Jake Hughes, Leonardo Pulcini and Simo Laaksonen.

Pulcini - third in the standings - had been fastest with four minutes to go in his Campos-run car, but struggled to improve on his last two attempts.