Reigning German Formula 4 champion Juri Vips has joined Motopark, the same team with which the Estonian made his F3 race debut in a one-off at the 2017 Hockenheim finale, while Russian Artem Petrov makes the step up with Van Amersfoort Racing.

The 17-year-old Vips has raced for Prema Powerteam during his two seasons in F4, and took his first steps in F3 in a test with the Italian squad in September.

But after joining Motopark for his F3 race bow, he completed a concerted testing programme with the German operation's Volkswagen-powered Dallaras.

"The cooperation with Team Motopark ran smooth as silk right from the word go," said Vips who, like third-year F3 racer and compatriot Ralf Aron, is mentored by 2007 British F3 champion Marko Asmer.

"My early experiences reassure me that I've found the right environment with a very strong support to help me learn my trade in F3, which is a totally different world from F4.

"What I found at Hockenheim and in our early off-season prep programme makes me very confident of a good start to my F3 life."

Motopark boss Timo Rumpfkeil, who now has five F3 drivers confirmed for 2018, said: "We took a good, hard look at Juri's progress in the 2016 and 2017 F4 seasons because we had heard about the reputation which preceded him - and his two years did, indeed, show he is an extremely promising talent.

"He may well have what it takes to go all the way.

"Following our extensive testing after his first race weekend in 2017, I'm certain he will only need a very short period of time to find his feet in F3 and be successful there too." 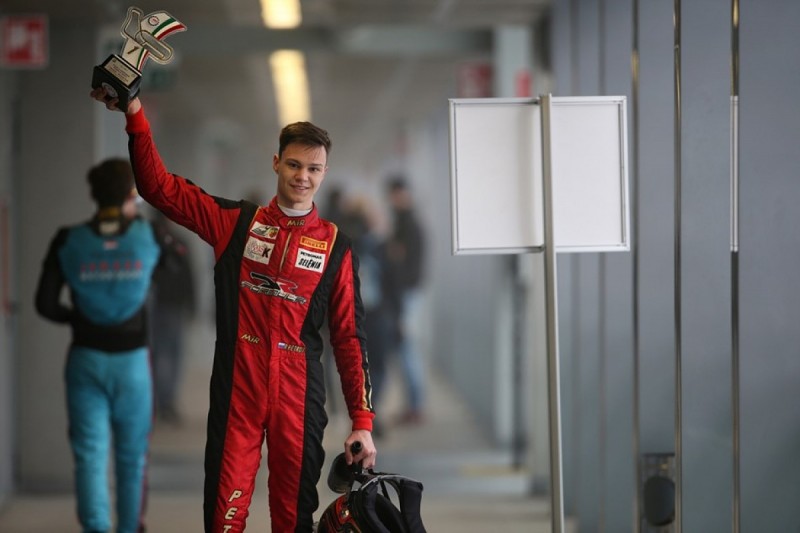 The 17-year-old from St Petersburg majored on the Italian series with DR Formula, but then added a late-season German programme with VAR.

He then went on to impress in an F3 testing schedule with the Dutch squad's Mercedes-engined Dallaras, in which he becomes the second driver confirmed for 2018.

VAR boss Frits van Amersfoort said: "We had Artem on our radar for some time.

"Last season he came in the team with a bang - we believe he is ready for the next step and we feel his motivation to be successful at the next level."

Petrov, no relation to ex-Formula 1 racer Vitaly Petrov, added: "I am happy that I can make the step into F3 with VAR.

"I felt right away at home in the team and am looking forward to enter battle together in this competitive championship with very strong drivers, who I have known since my karting days."