Juan Manuel Correa says his “emotional” maiden FIA Formula 3 podium at Zandvoort was “a long time coming” after battling back from an injury earlier in the season.

The ART Grand Prix driver missed the Barcelona F3 round after suffering a stress fracture in his foot in Bahrain, which also forced him to sit out the start of his European Le Mans Series LMP2 campaign with Prema.

Correa came close to victory in Austria, but a broken gearbox screw scuppered his chances and forced an early retirement.

He finally secured second place in the sprint race at Zandvoort on Saturday, having led the early stages before being passed by eventual victor Caio Collet.

Correa said it was a “very emotional” podium and he was happy to have come back from injury to fight for the win.

He said: “It feels very special. Of course I would have loved for it to be a win, I think we were close, but Caio had a little bit too much for us today.

“But nonetheless, I think it’s a long time coming this year, we’ve been close, we’ve been a little bit unlucky, and the season was cut short with a fracture.

“So to come back and be competitive in the last few races was our goal, so I’m happy about it.

“Very emotional, Zandvoort is a very special event and an incredible track so I’m thrilled to be here.”

Correa added: “I feel like it’s been a long time coming – first in Austria with the gearbox, then last weekend in Spa with Zak [O'Sullivan] missing the breaking into P5. 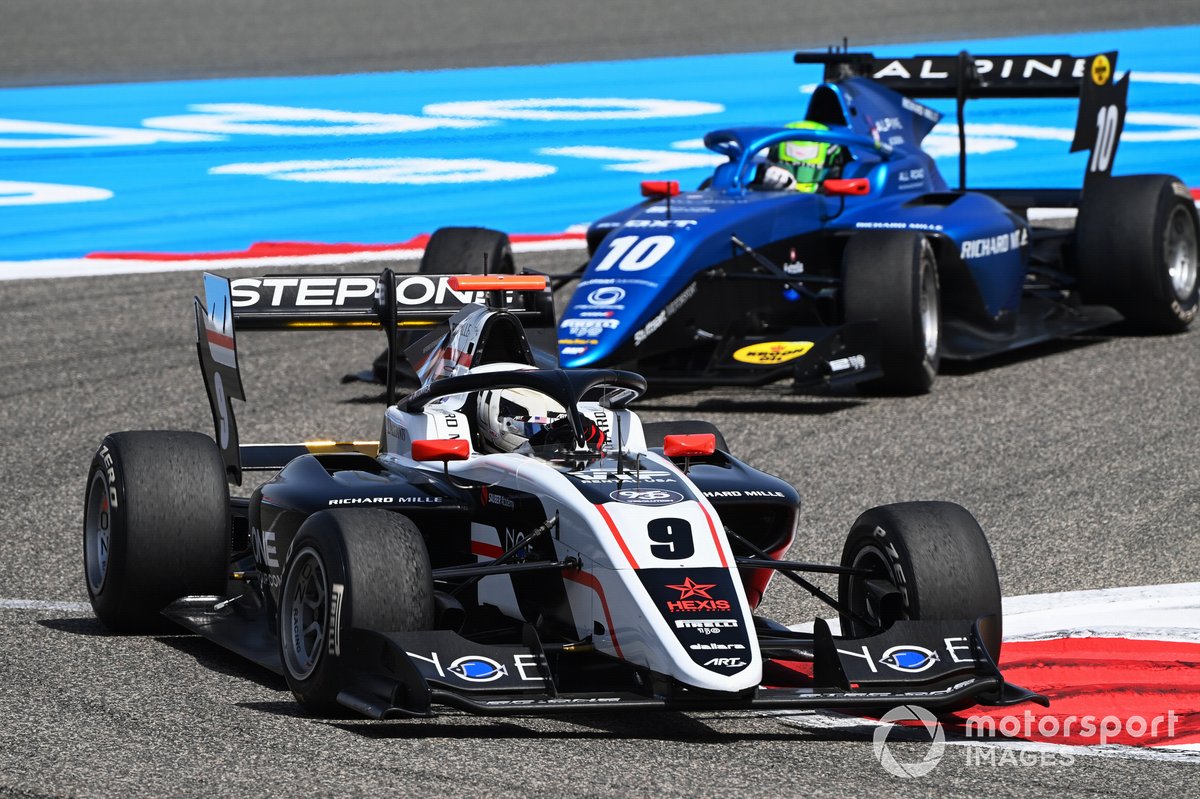 “So yeah, it feels good, it feels really nice, and now I just hope to use this momentum a bit for Monza and hopefully get another one there.”

The American driver previously competed in F3 in its previous iteration as GP3 in 2018, before moving up to FIA Formula 2 the following year.

But he suffered devastating injuries in the Spa 2019 crash which claimed the life of Anthoine Hubert and was placed in an induced coma to aid his recovery from acute respiratory distress syndrome.

Following a lengthy period of rehabilitation, Correa gained sufficient mobility in his legs to return to racing and joined ART in F3 for the 2021 season.

From pole position on the reversed grid, Correa led off the line before MP Motorsport driver Collet took the lead with DRS at Turn 3 on lap five.

He explained that he had conceded the lead after taking “the smart route” to avoid a collision, and had hoped to catch his Brazilian rival later in the race.

Correa, who now lies 12th in the standings, said: “We know each other quite well and we’ve had some good battles, so it is hard racing.

“I was not going to give away the first position easily and he knows that, but always within the limits and at the end I knew he was quite a bit faster.

“On his second attempt, I took the smart route and said okay you can have this one, maybe I can catch you at the end of the race, but it was not possible. Still a P2 is nine points for the championship, which is important.”

He will start tomorrow's race from 12th on the grid.