Reigning Formula E champion Jean-Eric Vergne will start the second race in Diriyah from last after receiving a grid drop for a change of his DS Techeetah car's battery.

Vergne clouted the wall heavily in Saturday's free practice session at Turn 17, but managed to return to the pits with left-rear suspension damage.

Although the DS mechanics repaired the car, a battery safety check with FIA-supplier McLaren Applied Technologies forced a swap to a new unit before qualifying.

This was considered a breach of Article 28.5 of FE's sporting regulations, and Vergne was therefore given a 20-place grid penalty.

Article 28.4 states that only one battery pack is permitted each season per car, while Article 28.5 defines the penalty for exceeding that.

DS Techeetah boss Mark Preston said Vergne went "above the g [-force] limit" during his crash, "which also meant he had to have the doctor come down and see if he's OK".

"The same g-limit applies to the battery - it has a max as well," Preston continued to Autosport.

"And then you're supposed to get it checked [by MAT] after it hits that g-limit - so they took the battery away, but I understand its actually got some damage to it from the accident. 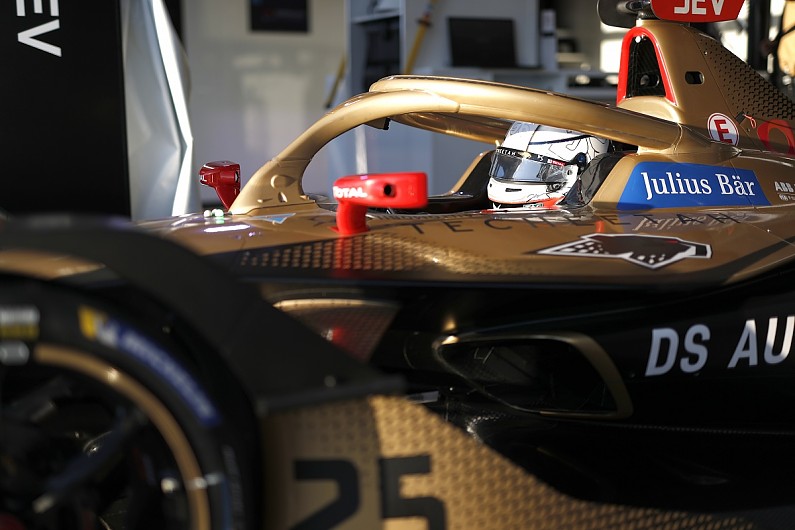 "I don't know exactly what it is, but that means it's not force majeure, [as] we actually had a crash. So therefore you get a battery [change] penalty - it's simple as that in the end.

"We thought they would just check it and re-do the whatevers inside the little device that is a safety valve almost, and then they'd say, 'OK, next race [in Santiago] you switch the battery back'.

"But because it's damaged that's different."

Vergne originally qualified 11th, without experience of how the track had evolved on Saturday because he managed very little running as a result of his practice crash.

As Vergne cannot take the full 20-place drop, he will receive a 10-second in-race penalty as a result.

Vergne's penalty lifts Dragon's Nico Muller off of the back row of the grid, while Nyck de Vries is elevated from last place.

Jaguar's Mitch Evans has also lost his superpole time, having been found to be under the minimum weight of 900kg after the final part of qualifying.

Evans's 1m11.929s lap, set to carry him to fourth on the grid, was deleted after the breach of Article 5.1 of the technical regulations. The New Zealander will start sixth as a result.