Alfa Romeo rookie Zhou Guanyu has been impressed by the level of unity between Formula 1 drivers over big issues, adding that they “really stick together”.

The Chinese driver said it was “nice to see” the drivers holding common ground, including on controversial topics such as whether the Saudi Arabian GP should take place after a missile strike nearby.

He also said he was heartened by the reaction to his massive Silverstone crash, with both F1 and his peers checking on his wellbeing, which “means a lot.”

Zhou said: “It was great, firstly from Formula 1 and also from the drivers here in the paddock, as a series paddock, asking me if I was OK. It means a lot.

“Things like that, nobody wants to see, and to walk away from it, I’m super happy and pleased with the safety developments so far. The halo was the biggest thing from my crash that saved me.

“I feel very, it’s a big group and family here in Formula 1. I think all the drivers really stick together.

“Things like Saudi, we try to stick together as a group, we try to give the best future for developing Formula 1, which for me as a rookie is very surprising and nice to see.

“Because in the past years, watching them, you see a lot of drivers having big fights against each other and they never talk. This is how things are changing.” 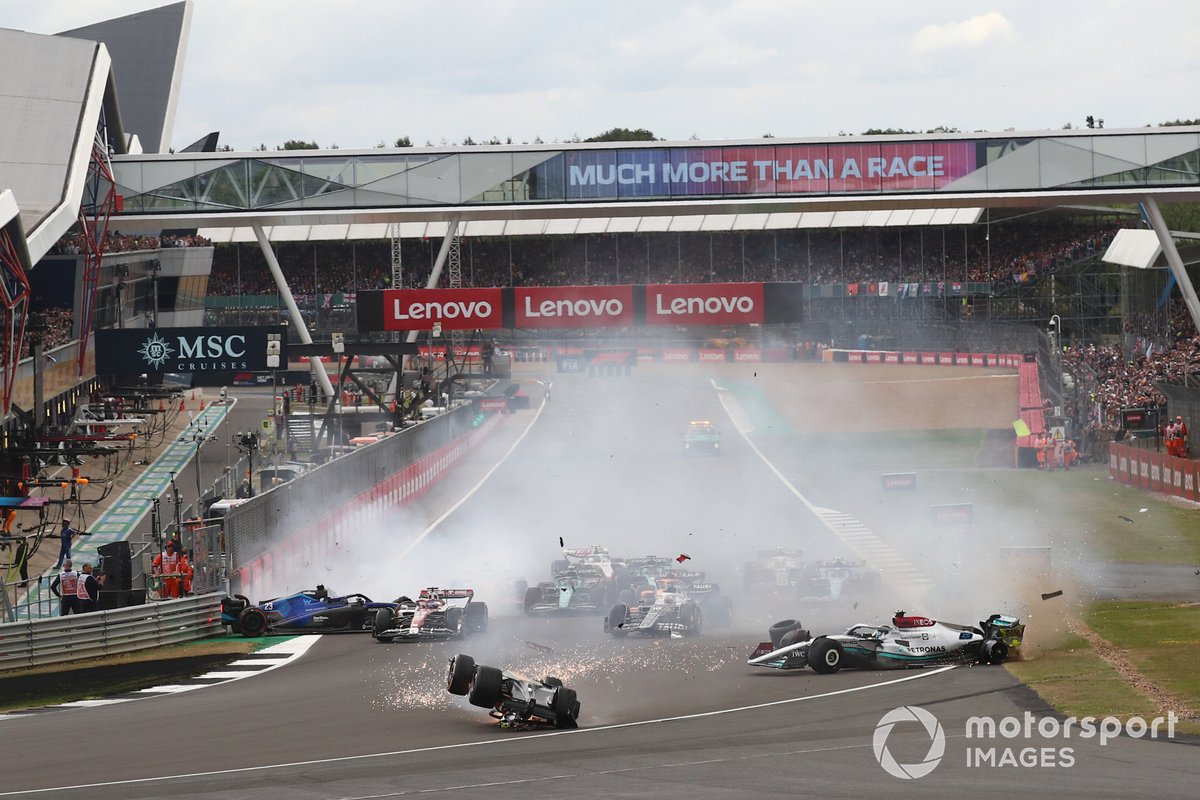 He has scored five points in F1, with his first coming at the season opener in Bahrain before taking an eighth place finish at the Canadian Grand Prix.

Zhou says it was a “big surprise” to see how friendly other drivers are, adding: “You still have some people that maybe don’t talk to each other.

“But overall, we have a big group altogether, always trying to have one message that we’re sending out to other people.

“We all say one thing, not saying ‘I’m here’ and someone saying ‘I’m over here’ with a different thing.”