Mercedes boss Toto Wolff believes Andretti Global will need to show it has the resources to join Formula 1, saying a new team requires $1bn in order to be competitive.

Andretti recently announced that it is in talks with the FIA about fielding an entry for 2024, having failed in its attempt to buy Sauber/Alfa Romeo last year.

Under the latest Concorde Agreement, any new team has to pay a $200m entry fee, designed as an "anti-dilution" measure to compensate the existing teams for their potential loss of income.

While Wolff acknowledged the potential value of the Andretti name to the sport, he stressed that the new outfit would also have to meet all the necessary criteria mandated by the FIA and the F1 organisation, financial and otherwise.

"Andretti is a name, that's for sure," said Wolff.

"And the American market is important. But every team that is joining needs to be accretive, that means needs to add value.

"And it's not only it's not only by paying $200 million entry fee, but it needs to demonstrate in my opinion what it can do for the other teams, for F1 and FIA. Only then the sport will grow.

"We are the absolute pinnacle, this is the Champions League, or the NFL, and redistributing franchises is not the goal, that's not how it should be, and it's not the intention of F1 and the FIA neither.

"But if there is a real brand coming in with good people, necessary funding, not only the 200 million but probably you need more like a billion if you want to play in this club straight from the get go. And then why not?"

Red Bull team principal Christian Horner agreed with Wolff that Andretti would need to prove its credentials in order to join the F1 grid.

"I think it's great that there's the interest for people wanting to enter F1," said Horner.

"The Andretti name is certainly a powerful name in motorsport. And, of course, they're not the only ones that are making noises about coming in. 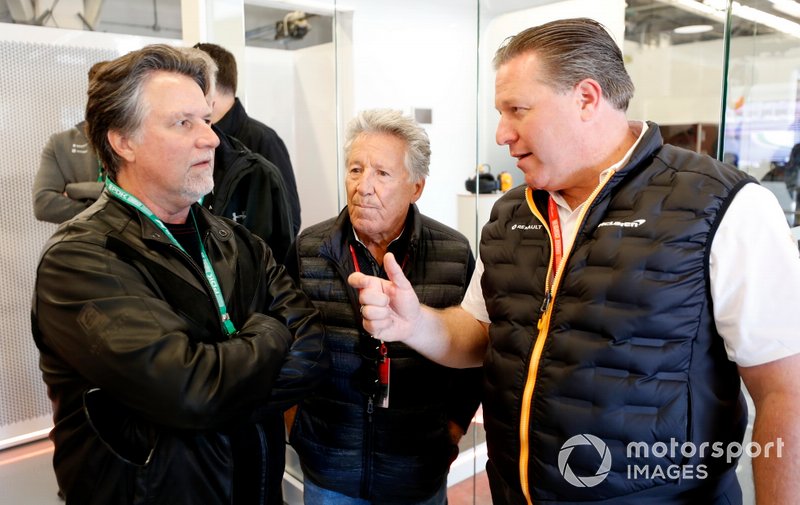 "But there are clear criteria through the Concorde Agreement that have to be met and approved.

"So I'm sure they're engaged in that in that process. And of course, that agreement is there to protect the 10 incumbents and not to dilute that. So obviously, that would need to be carefully looked at."

AlphaTauri's Franz Tost also said he would welcome a new team if it was approved by the authorities.

"Now we are 10 teams, and I think 10 really good teams, and at the end this is a decision from the FIA and from FOM," the Austrian noted.

"And if Michael wants to come with a new team, and is all the ingredients are coming together, and if the team's proposal is accepted, then yes. Otherwise, no."

McLaren boss Andreas Seidl suggested that given that the scope exists for an expansion to 12 teams, it would be better for that to happen sooner rather than later.

Once the grid reaches the limit of 24 cars, then it would be evident that buying an existing team would be the only way in, thus impacting their values.

"From our side, definitely we would welcome the Andretti team and the Andretti name, a US team which will help to grow the sport further in the US," said Seidl.

"I think will also open up simply more possibilities again to get young drivers in, the more teams we have.

"And in the end, the earlier we get to 12 teams for example, which is the maximum we can have, I think it would just help to drive the franchise value even higher of us teams, so absolutely open for it. We'd love to compete with them."