OPINION: The 1998 and 1999 Formula 1 seasons marked a major downturn in form for the Williams squad that had won the previous two world championships. But its lack of success in these years shouldn't be used as a stick to beat its non-traditional red liveries with

The blue, white and gold branding of Rothmans had become a motorsport staple of the 1980s and ’90s, having emblazoned Porsche’s 956 prototypes, the Prodrive-run Subaru World Rally Championship team and Honda’s 500cc grand prix bikes across the years. Then assuming title sponsorship of Williams’ Formula 1 team at its peak, it enjoyed four successful years culminating in back-to-back titles for Damon Hill and Jacques Villeneuve in 1996 and 1997.

Then, parent company Rothmans International made the decision to cede its famous colours and instead use the Williams team to promote its Australian brand Winfield. The Williams cars were stripped of the blue the team had run since 1985 and turned out in a red, white and gold scheme for the 1998 season. It was deliciously sacrilegious, particularly following a heated battle with Ferrari for supremacy in the 1997 title fight, that it would cast aside its heritage and fall in line with its rival team.

Had any other team painted its car red in 1998 (except perhaps McLaren), then it’s doubtful that anyone would have batted an eyelid. Given that context of Williams and Ferrari having fought so fractiously against each other the previous year, culminating in Michael Schumacher’s botched swipe at Villeneuve, for Williams to ring the change seemed decidedly off the mark in many peoples’ eyes.

It’s perhaps unfortunate that the switch to a red scheme coincided with a decline in fortunes for Williams, having been continuously at the sharp end of the grid. The loss of design dynamo Adrian Newey had deprived Williams of its driving force on the technical team, while Renault’s departure also left the team fielding the second-string Mecachrome engines. Villeneuve duly went from winning a title to finishing fifth in the standings, 79 points away from eventual title winner Mika Hakkinen as Williams embarked upon a fallow period.

Most of that performance shortfall was wrapped in Williams’ inability to adapt successfully to the narrow-track regulations that were installed to slow the cars down. McLaren, now under the technical guidance of Newey, did so expertly – moving the leading edge of the sidepod forward to cope more adeptly with the further-inboard tyre wake. 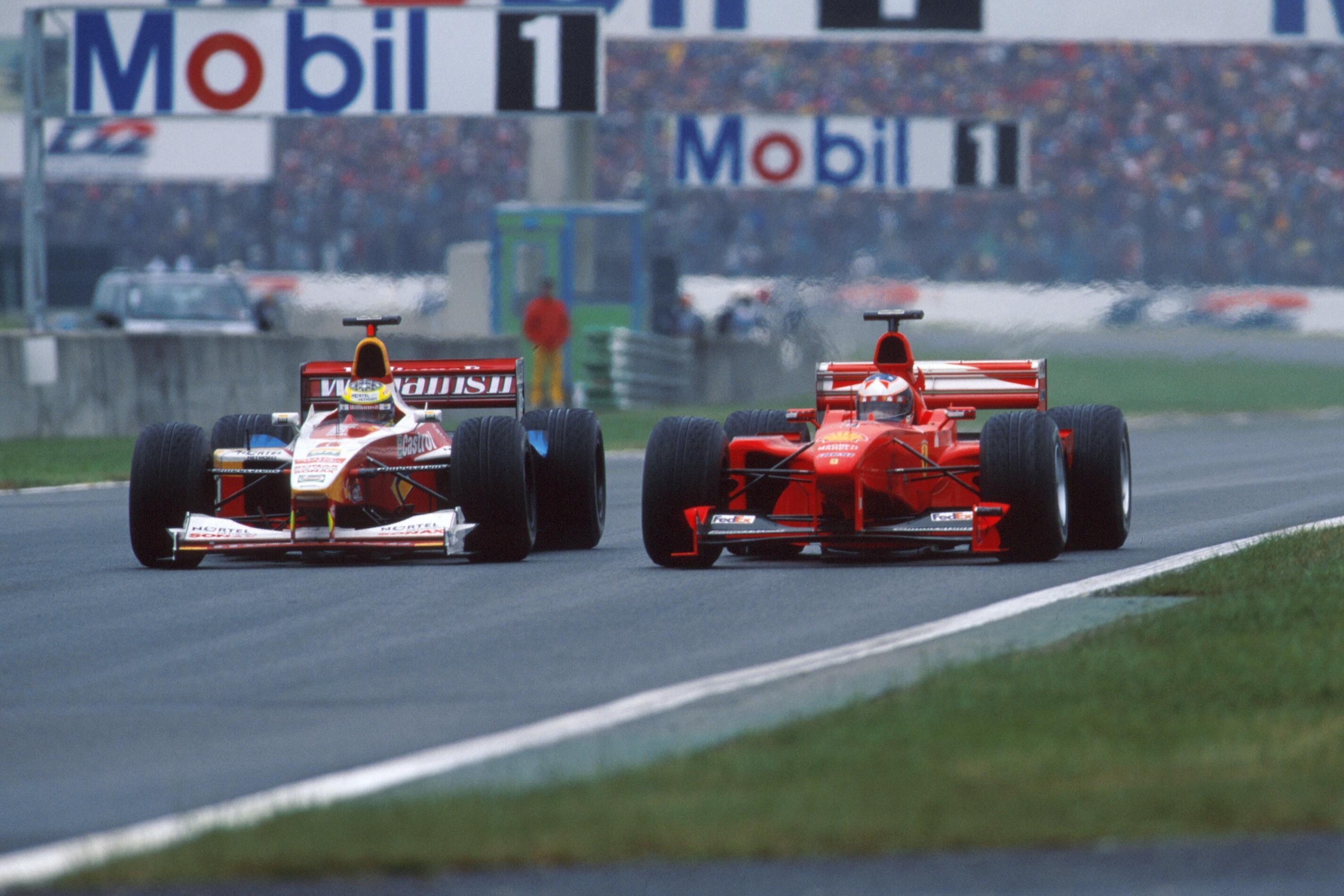 Naturally, history does not look favourably on the red period at Williams. But, taking out the context of a plunge in fortunes, and the car looking a bit too similar to the Ferrari at a distance, the cars looked great. The FW20 of 1998 perhaps took some refining, and eventually the livery had some of the white patches whittled away to clean up the block of sponsors at the front, but the 1999 rendition was a wonderfully ’90s concoction – fitting before the transition to the new millennium. The gold and blue flashes, and the more sculpted white fill down the centre produced a very cool looking car.

The switch in Winfield’s font design also helped the car too, as the serifs played with the brush-stroke flashes around the sidepod area. Perhaps from a true livery design standpoint, the 1999 edition shouldn’t have worked but, among an already-colourful field that season, you could see it coming a mile off.

That year’s FW21 was an altogether neater machine too, as designers Geoff Willis and Gavin Fisher had understood the previous year’s foibles. The team had lowered the centre of gravity in the new car, and although the Mecachrome – now badged as Supertec – received upgrades, it was still plenty of horsepower down on the leading powerplants.

Williams had expected the car to be much stronger than the 1998 machine, however, and although Ralf Schumacher scored an impressive 35 points in his first year with the team, CART champion Alessandro Zanardi’s inability to score left Williams fifth overall in a congested midfield. Zanardi’s struggles were well publicised, being unable to deal with the rock-hard grooved tyres in low-speed corners.

Schumacher almost won the madcap 1999 European Grand Prix, however, which would have earned the red scheme more adulation – after all, the general consensus is that a successful car is a beautiful one. Unfortunately, a puncture tore victory from his hands, and Williams never managed to take either of its red Formula 1 cars to the top step of the podium.

Perhaps it’s just the nostalgia talking, given that the 1999 season was the first full season this writer watched, but the ugly ducklings of the Williams era should be celebrated as daring designs. 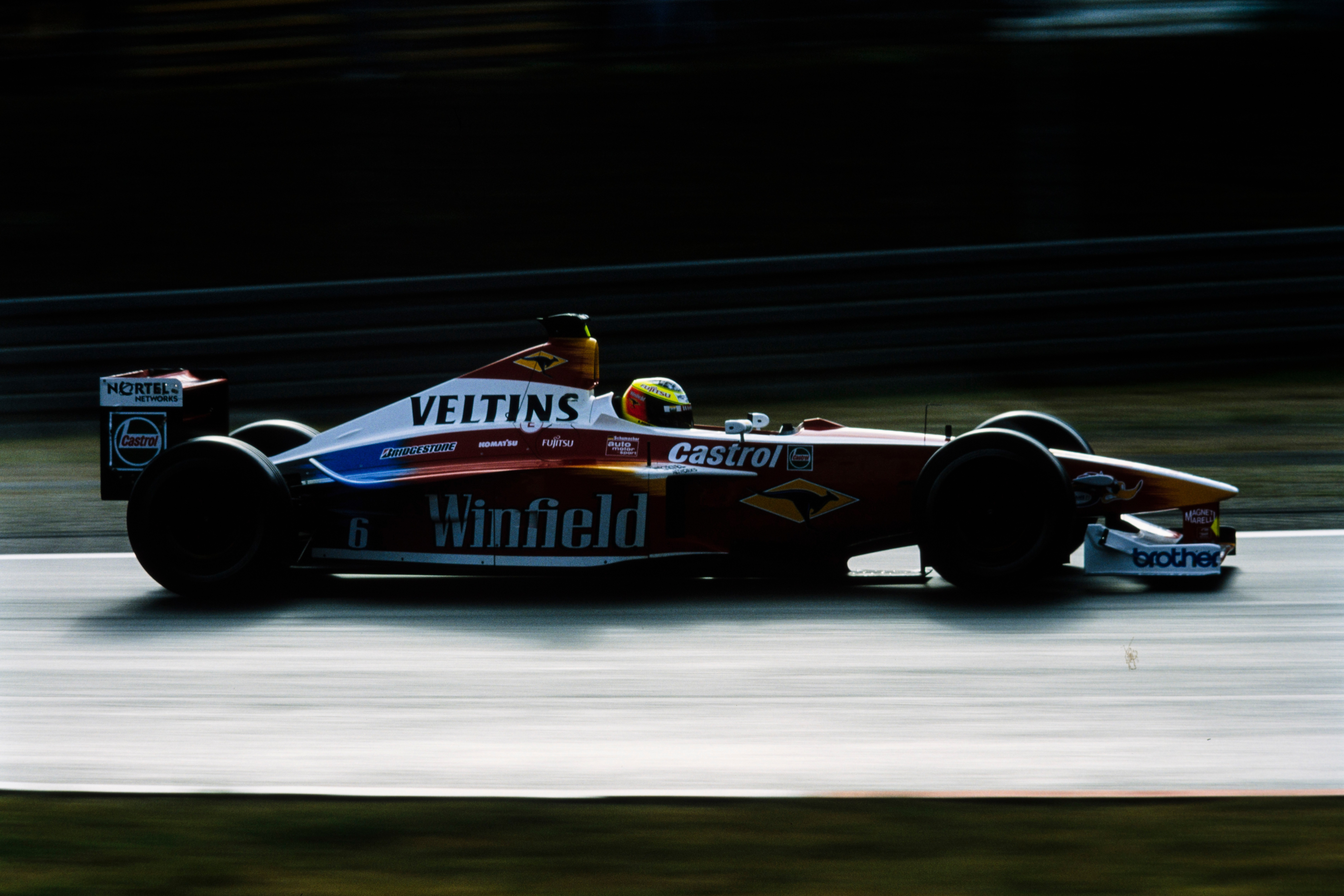 Woody Woodpecker’s avian mug on the nose only adds to the nostalgia factor, and although it’s hard to fully defend something’s sartorial qualities – especially when it’s completely subjective – the red Williams liveries were not the monsters they were made out to be.

Although the following BMW-influenced liveries arguably looked cleaner, their corporate nature took away some of the soul. Admittedly, they weren’t all bad; BMW’s test livery grafted onto the FW20 was wonderful. The dark blue car, marked by pinstripes which all faded to white on the nose, looked incredibly slick.

As a child, that livery got me very excited about BMW’s return to F1 – only for me to open up a copy of F1 Racing (now GP Racing, of course) a couple of months later to be dismayed by the much more insipid 2000 livery. Perhaps that crushing disappointment was the reason I cherish the red ones so much... 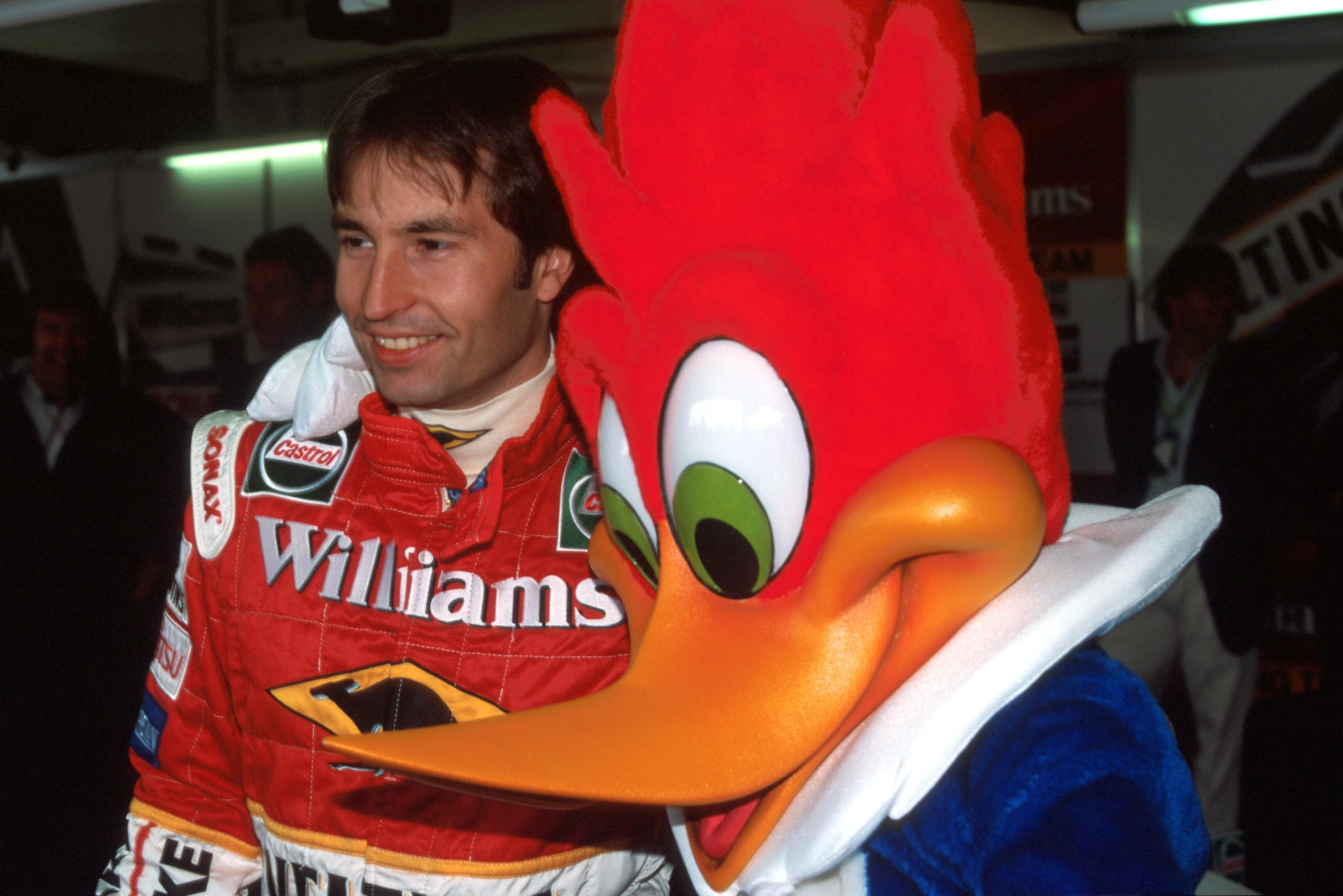